Central Foods, a distributor of frozen products to wholesalers and caterers of all stripes in the United Kingdom, has teamed up with the award-winning White Rabbit Pizza Company to launch a new range of vegan and gluten-free pizza bases for foodservice operators.

The deal marks the debut of the brand into the frozen foodservice sector and comes in advance of “Veganuary 2021,” as Central Foods is now supplying the 10-inch and 12-inch versions of White Rabbit’s vegan and gluten-free raised crust, stone-baked pizza bases. Known as “nudies,” the product provides chefs and other kitchen personnel at eating establishments the opportunity to add their own toppings to create authentic free-from pizzas.

Founded by Nick Croft-Simon and Matteo Ferrari, who previously worked together at The White Rabbit Pub in Oxford, the company already produces a range of vegan, vegetarian and gluten-free pizzas for retail customers. The range is available in outlets including Waitrose, Booths, Sainsbury’s, Planet Organic and Wholefoods.

“Being vegan and gluten-free, the pizza bases are suitable for customers with special dietary needs, but will be equally as popular with all diners,” said Gordon Lauder, managing director of Northamptonshire, England-based Central Foods. “Offering items that suit both vegan and gluten-free dietary requirements helps to avoid menu proliferation and makes it easier for foodservice professionals, which is especially important in the challenging times we currently find ourselves operating in [due to the Covid-19 pandemic].”

While employed at the White Rabbit Pub – Ferrari in the kitchen and Croft-Simon in the bar – the idea of producing gluten-free, vegan pizzas became apparent after they noticed that a number of diners were missing out on menu offerings due to dietary restrictions.

“Since founding The White Rabbit in 2015 the business has grown rapidly, and we’re chuffed to be partnering with Central Foods in the foodservice sector,” said Ferrari. “Traditionally, pizza is an inclusive meal to be shared by all, and we wanted to carry this into our ethos as a brand. Ultimately, the idea was to have people adhering to all diets around the same dinner table eating the same meal – whether they’re coeliac, vegan or an eater of everything.  Our partnership with Central Foods will help us to continue to achieve this aim.” 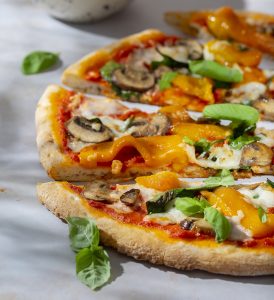 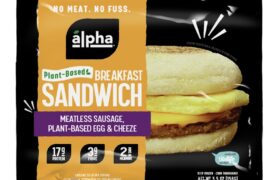