The big winner of the Kosherfest New Product Competition this year is Gino’s East of Chicago Deep Dish Pizza. Long popular among folks frequenting the popular restaurant chain’s outlets in Chicagoland and Wisconsin – and more recently in Arizona, Texas and Mexico – a kosher version of the deep dish delight, traditionally baked in cast iron pans, has only recently been made available in freezer sections of retail stores.

The triumph of Gino’s East Kosher Spinach and Kosher Cheese Pizza varieties as winner of Best in Show and Best Frozen Entrees category prizes was announced on October 31. Its Windy City entry blew away rivals from around the world that were all vying for top bragging rights in advance of the November 14-15 Kosherfest trade show at the Meadowlands Exposition Center in Secaucus New Jersey. 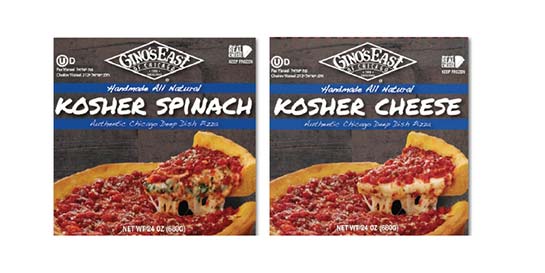 Every year, judges from the certified-kosher world review hundreds of new products to be showcased at Kosherfest, the industry’s largest B2B kosher food trade fair. The 2017 edition will feature more than 325 exhibitors and is expected to attract approximately 6,000 visitors from retail, foodservice and institutional sectors – many of whom will be buyers and distributors.

The Best in Show and Best in Best Frozen Entrees award winner will be front and center at the Kayco booth (#419), along with Best in Savory Snacks, Chips and Crackers prize winner Tuscanini Parchment Crackers, and many other products. The Bayonne, New Jersey-based company distributes more than 150 brands and over 5,000 frozen and shelf stable products to customers in North America and around the world.

“Gino’s East Deep Dish Pizza is an iconic brand, and it’s sure to be a top consumer trend in the frozen entree aisle,” said Charles Herzog, Kayco’s vice president of new business development and purchasing. “And now that the word is out about Tuscanini Parchment Crackers, we expect them to fly off the shelves when consumers discover how delicious and versatile they are.” 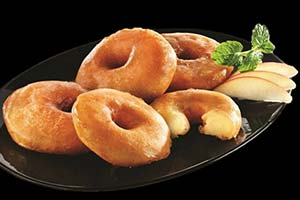 Two other frozen products were honored by making the list of 15 winners: Salted Caramel Frizza from Brooklyn, New York-based Elegant Desserts NY (booth # 701) in the frozen desserts category, and b’gan Battered Apple Rings from Linden, New Jersey-based Bertram Foods (#219) in the Breakfast category. A wide range of frozen vegetables is also offered under the b’gan label.

“Some people don’t realize how global the kosher industry is today. Our exhibitors are showcasing some of the finest products in the world, and we are proud to provide a platform to introduce these products to the marketplace and connect professional kosher buyers and sellers to help move the industry forward, said Christine Salmon, Kosherfest’s show director.

In addition to the exhibits and food sampling opportunities, show highlights will include a keynote presentation from Yarden Horwitz, who produces Google Trends Reports, and several educational culinary demonstrations from international kosher star Jamie Geller. 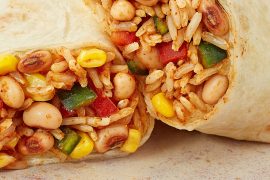 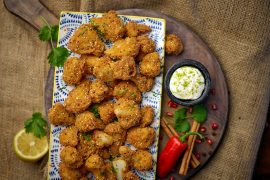 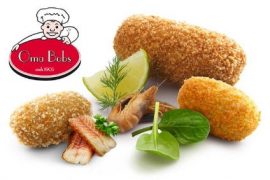