Mariner, an international seafood company, specializes in processing a broad range of premium frozen, previously frozen and fresh wild and farmed species including scallops, haddock, cod, salmon and shrimp. Its key branded products are Go Wild in the packaged case ready tray segment and MarSelect, which is primarily a scallop brand.

Since the company was founded in 2001, Mariner has made significant efforts in the retail sector, which has been supported by a network of suppliers along with loyal customers in the US and Canada.

Mariner currently has a workforce of 170 people and is capable of processing over 8,000 metric tons of seafood at a 32,000-square-foot headquarters facility and a 14,000-square-foot salmon processing plant on the New Bedford waterfront.

“We’re very pleased to welcome True North Seafood to our community, and we look forward to supporting Cooke’s continued growth as a global seafood leader,” said New Bedford Mayor Jon Mitchell. “The Port of New Bedford serves as the city’s greatest natural resource and the economic engine of southeastern Massachusetts, stimulating investment, attracting new industry, and creating jobs. True North will be a welcome addition to the port.”

“It has long been a dream of our company to have a presence in the number one value fishing port in the nation, New Bedford,” said Glenn Cooke, chief executive officer of Cooke Inc. “We now have over 4,000 employees in 22 US states, and we will continue to invest and grow our New Bedford processing operations to supply our customers with healthy, top quality True North Seafood products.”

Vertically integrated True North Seafood is one of the largest providers of seafood in North America. Now under the Cooke family of brands, it has access to a network of 17 core species from Atlantic Canada, the US, Chile, Scotland, Spain, Uruguay, Honduras and Nicaragua. 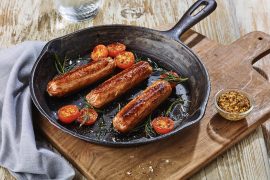 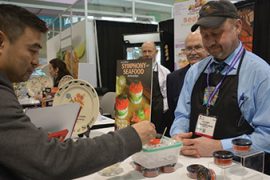 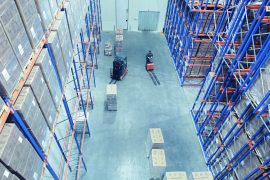