The deadly coronavirus in China that has spread to become a pandemic wreaking global havoc has exacted a significant toll on volume throughput at the Port of Los Angeles during February, as movement of twenty-foot equivalent Units (TEUs) decreased by 22.9% compared to last year.

“While cargo volumes are important, the coronavirus is first and foremost a public health crisis that needs to be brought under control with the collaboration of governments and medical experts from around the world,” said Gene Seroka, the port’s executive director. “We are more interconnected than ever with our global partners, so it’s no surprise that Trans-Pacific maritime trade has been significantly impacted.”

“As factory production in China remains at low levels, we expect soft volumes in March. Looking ahead to anticipated manufacturing improvements, we will need to return empty containers to Asia and push lingering US export boxes out swiftly,” Seroka added. “We’re actively working with our supply chain partners to be prepared for a cargo surge once production levels ramp up.”

According to a recent story in the Wall Street Journal, major cold storage warehouse operators in Los Angeles and elsewhere along the US Pacific coast are doing their best to accommodate frozen food exporters whose China-bound stocks are building up due to delayed port departures. It quoted Brian Beattie, senior vice president of sales at Lineage Logistics Holding, as reporting that near-full shipping hubs including Los Angeles have prompted it to work with meat companies to store excess products at secondary sites in Northern California and Oregon.

Traffic was also down at the nearby Port of Long Beach, where cargo volume declined due to fewer ship calls amid the Covid-19 contagion in China and lingering effects of the USA-PRC trade dispute.

Although a Phase 1 preliminary trade agreement was signed in January by the United States and China, about $370 billion in Chinese goods remain under the increased tariffs.

Fallout from the coronavirus has caused further disruption to the supply chain, with an increase in canceled sailings and a reduction in cargo moving through North America’s second-busiest port.

“With the extended factory closures and slowdown of goods movement in China and other Asian countries in February due to Lunar New Year and Covid-19, we are seeing shipping lines needing to cancel some sailings,” said Mario Cordero, executive director of the Port of Long Beach. “Once the virus is contained, we may see a surge of cargo, and our terminals, labor and supply chain will be ready to handle it.”

“Along with the economic effects of reduced trade due to the health situation, we also have the first confirmed cases of Covid-19 in Long Beach. We hope for the swift recovery of these individuals,” said Long Beach Harbor Commission President Bonnie Lowenthal. “The port will continue to monitor the outbreak internationally, and work with our stakeholders to keep our crucial link in the supply chain open and operating.” 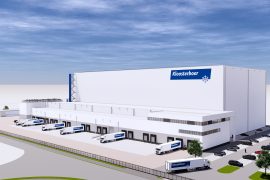 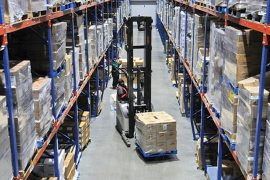 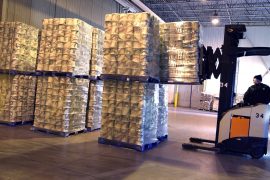