An outbreak of Covid-19 at Mississauga, Ontario, Canada-headquartered Maple Leaf Foods’ meat processing plant in Brandon, Manitoba, has prompted the company to suspend pork shipments to the PRC.

At least 55 members of the factory’s workforce have tested positive for the novel coronavirus (SARS-CoV-2) that causes the contagious respiratory disease that originated in China late last year and has since spread throughout the world. Two of the infected employees have reportedly now recovered.

The pork processing plant in Brandon is a 700,000-square-foot kill and cut facility situated on 320 acres. It was built in 1999 and has capacity for 90,000 hogs per week. The facility was specifically designed to meet the needs of the Japanese frozen and chilled and offal markets.

“The plant continues to operate safely, and public health experts have said on numerous occasions that there is no evidence of workplace transmission occurring at the plant,” according to a statement issued by the company.

Recently the Brandon operation has been impacted by short-term increases in absenteeism. Management believes this is a temporary situation and not a material financial event, given the diversity of the company’s markets. 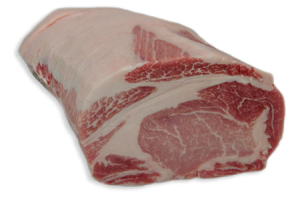 Noting that experts at the Centers for Disease Control and the World Health Organization have been unequivocal about the fact that COVID-19 cannot be transmitted through food products, CEO McCain commented: “We are confident in our Maple Leaf Safety Promise – providing consumers with safe, great tasting food made in a safe working environment.”

The company is boosting its efforts to reduce spread of Covid-19 within the community by emphasizing the importance of precautions such as social distancing and by making 500,000 free masks available to local residents.

Canada ranks as the third biggest exporter of pork in the world. In 2019 shipments to China were valued at $462.7 million, making it the nation’s third largest pork market in terms of both value and volume. Pork products are in high demand in the PRC, as fallout from the African swine fever (ASF) has caused shortages of domestic supply.  According to a Reuters story published last month:

“China’s hog herd, by far the world’s largest, shrank last year by around 180 million pigs, or 40%, after the incurable disease decimated farms. Pig producers are building new farms and restocking amid the push to restore lost pork production and tame runaway meat prices.” 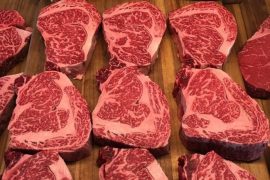 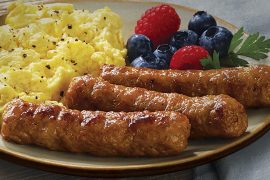 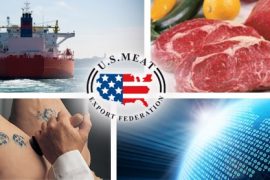