Global freight forwarder and logistics services provider Damco generated revenues of $836 million during the third quarter of 2013, which was down a bit from the previous year’s turnover of $838 million in the same quarter. The EBIT before special items was $23 million, compared to $34 million in the same period last year. Cash flow from operating activities was $30 million, which was largely driven by improvements in working capital.

Volumes developed in line with expectations, with supply chain management up by 10% in the third quarter compared to Q3 2012, while ocean freight volumes were 1% lower. Year-on-year quarterly air freight volumes fell by 15%, due to a large one-off project in 2012, but underlying growth remains healthy.

Continued investments in preparing the company for future growth, including the accelerated rollout of the new air/ocean operating system and the strengthening of operational structures in many countries, accounts for the results being below the level of Q3 2012. This investment will continue into the first half of 2014, and the benefits from it should become visible in the results reported for upcoming quarters.

“On the back of this ongoing transformation, we have identified key opportunities for growth, and are now shifting our focus. Damco is more agile, which allows us to adapt easily to changing customer needs and market circumstances, and to deliver robust and responsive products and services,” said CEO Rolf Habben-Jansen.

Earlier this year, Damco CEO Rolf Habben-Jansen accepted a new position outside the Maersk Group. In October, Damco announced the appointment of Hanne B. Sørensen as its new chief executive officer. Hanne, currently the ceo of Maersk Tankers, will assume her new job on January 1, 2014.

Damco, part of the A.P. Moller – Maersk Group, employs 11,300 people in more than 300 offices around the world. In 2012 the company had a net turnover of $3.3 billion, managed more than 2.7 million TEU of ocean freight and supply chain management volumes, and air freighted over 210,000 tons of cargo. 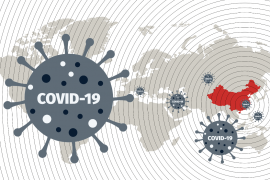 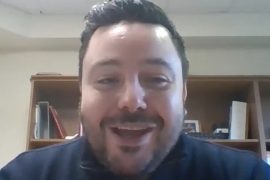 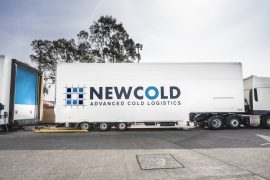