After vanishing from the scene for about five years, McCain Potato Smiles are again in high profile in supermarket and grocery store freezer cases throughout Australia, though the novelty mashed potato shapes have returned under a new name: EmotiBites.

Not long after the product was discontinued in 2015, Aussies began circulating a petition to bring back the playful snack food and kid-friendly side dish.

The movement started as an informal social media campaign, with frowning consumers offering online comments such as: “Every Australian knows the world is a brighter place with some Potato Smiles,” and “You took them away from us McCain! And ever since our meals have been sad and morose.”

A Facebook post challenged the company: “So now the ball’s in your court, McCain. You know what to do.”

Some 25,000 signatures later, McCain Foods has rallied by serving up bags loaded with 750 grams of smiling EmotiBites that are ready to eat after about 15 minutes of oven preparation. They are retailing in stores down under for about $4. 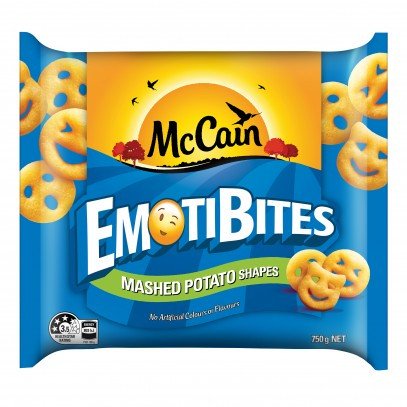 “For many Australians, these are something they’ve looked back on fondly as part of their childhood. After years of buildup, it’s heartening to know that they’re meeting expectations,” said Karen Ramsay, McCain Foods marketing manager in Australia and New Zealand.

But it’s not just pre-digital world Smiles that are brightening up dinner occasions. The modern makeover adds more to the mash mix with four additional configurations.

“With the new shapes, Australians are not only welcoming Smiles back to their tables, but also winks, flowers, hearts and thumbs ups,” said Ramsay. “It’s great to see that people of all ages are having fun with all the new shapes.” 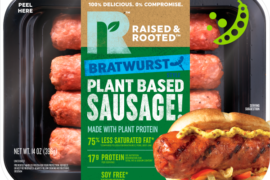 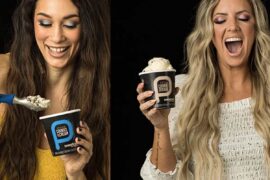 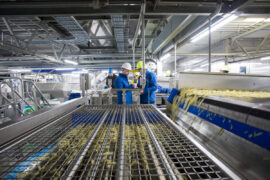