Sint-Katelijne-Waver, Belgium-headquartered Greenyard, reporting results for fiscal 2019/2020 on June 16, described the period as “a year of recovery, driven by a successful transformation.”

Overall net sales for the frozen, fresh and prepared vegetable and fruit processing and marketing company amounted to €4,061 million, up 3.8% year-on-year (YoY). Fresh product sales amounted to €3,263.4 million, up € 74.7 million from €3,188.7 million last year (+2.3%), mainly due to revitalization of the commercial relationships and ramping up of partnerships in the second half of the fiscal year. This also includes a recovery of the loss-making volumes that were terminated in the Fresh division.

Long Fresh sector sales totaled € 797.6 million, up €74.9 million from €722.8 million (+10,4%). The additional volumes were mainly sold to customers in the foodservice and industrial channels during the first half of the fiscal year, while sales to retail customers boomed in the second half, in part due to the frozen division’s new partnership with the Tesco supermarket chain.

Adjusted EBITDA, amounting to € 95.7 million (excluding the impact of IFRS 16), landed above the upper end of the initially given guidance. During the last weeks of the financial year, the Covid-19 pandemic had a positive impact of € 1.5 million to €2.0 million. However, the uptick was limited due to significant extra costs incurred to secure sourcing and operations.

A key driver in this was the better cooperation between the various Greenyard entities and production facilities. This profitability increase was realized despite some adverse impact from price pressure in mushrooms and the external sourcing of corn after the sale of the frozen vegetable factory in Baja, Hungary.

As regards indebtedness and leverage, Greenyard obtained consent from its relationship banks on November 15, 2019 to waive its leverage and interest covenants until December of 2021, which is the maturity date of the syndicated bank financing.

Reflecting on the results, Hein Deprez, Greenyard’s co-chief executive officer, stated: “We live in turbulent times. Our society and our customer landscape have changed. Also, our company has changed. This change was needed and will gear us up for the future. The way we have responded to the challenge of securing the food supply chain during the Covid-19 quarantine period clearly demonstrates us strength and relevance.”

Co-CEO Marc Zwaaneveld added: “This fiscal year started just after the announcement of our transformation plan, followed by the strong implementation thereof. It was paramount to install an agile organization with a continuous improvement culture. From the start, the plan showed an untapped efficiency and profitability potential. Throughout the year, the recovery continued and exceeded expectations. Greenyard is on its way to regain financial health and will be ready for sustainable growth.” 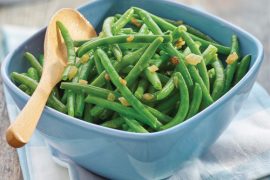 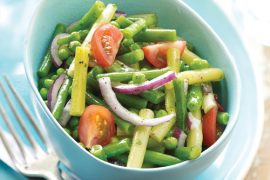