The 2018 edition of Gulfood, billed as the world’s largest annual food and beverage trade event and the first major international food industry trade show of the year, is set to kick off on February 18 and run for five days through the 22nd at the Dubai World Trade Centre (DWTC). Many of the world’s leading frozen food companies will be exhibiting at the show, and it is anticipated that more than 95,000 visitors will be in attendance.

With the global food market due to register a compound annual growth rate of 4.5% from 2015-20, the United Arab Emirates (UAE) food and beverage sector alone is expected to reach a valuation of AED 82 billion (US $22 billion) by the end of the decade, according to Euromonitor International.

With regional investment in food production on the rise, international manufacturers see the Middle East as a lucrative market for their products. In this dynamic climate, Gulfood continues to empower the global food and beverage community as an unmatched trading and knowledge platform that offers unrivalled market overviews and insights to industry professionals.

Saudis Eager to Buy and Sell

Saudi Arabian producers are readying for a major export push at the show, while sector-specific international brands are looking to cement their segmented leadership among Saudi consumers. 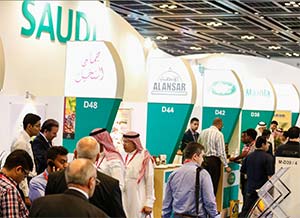 “Though Saudi producers have made considerable inroads locally and regionally – where they’ve invested in diversified products, quality and brand equity – the Kingdom remains the land of opportunity for suppliers across the entire food production eco-system,” said LohMirmand. “Local production is already on the rise and there’s been a significant uptick in demand for raw ingredients. The direction outlined in National Transformation Program 2020 will create expansion and partnership opportunities for overseas suppliers to further consolidate their positions in the most populous country in the region.”

With Saudi’s population forecast to rise almost 2% to just under 35 million by 2020, according to the United Nations, the renewed focus on domestic production is designed to start offsetting the fact the Kingdom remains the GCC’s largest importer of food. Further demand is expected to emanate from the planned NEOM mega city, which has food as a key focus. The first phase of the project is due to be delivered in seven years’ time.

And yet, with the total number of food retail outlets in the country projected by Dublin’s Research and Markets to grow by 4.9% annually by the end of the decade, some 87 Saudi Arabian food producers representing diverse sectors will push their quality and competitiveness at Gulfood 2018.

This year’s Saudi participation includes some of the biggest names in the Kingdom and the region including Al-Watania, Almarai, Al Rabie and SunBulah, as well as many innovative new market entries. The evolving nature of the country’s food sector suggests this level of representation will continue to grow. Most of these brands are already familiar names on supermarket shelves throughout the GCC and certain parts of the Middle East. Through Gulfood their geographic reach could expand much further.”

The bright forecast for Gulfood 2018 follows hundreds of major deals struck in the past and new initiatives to be launched at this year’s event, where American meat exporters will be in high profile as US beef has regained eligibility to enter Saudi Arabia, a $31 million market. 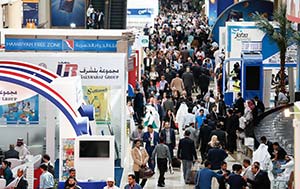 Exhibitors from the United States at the show in 2017 reported on-site sales of $85.5 million, with forecasts of a further $722 million in direct sales as a result of their participation, according to the US Department of Agriculture’s (USDA) Foreign Agriculture Service (FAS).

Among frozen food companies from the United States exhibiting at Gulfood this year will be Pacific Valley Foods (Stand S3-DC), Sambazon (ZP-K23), Kontos Foods (S3-B39), Love and Quiches/Taste it Presents (SA-A32), The Cheesecake Factory (S3-D57), and Midamar (E4-16 and 18)

“For United States red meat exporters, Gulfood has a well-established reputation as the premier marketing event in the Gulf region,” said Philip Seng, president and chief executive officer of the US Meat Export Federation (USMEF). “Over the years, the show’s footprint has expanded considerably and it’s now a key venue for exporters looking to grow their business in emerging markets in Africa, Asia and Europe.”

New to the 2018 event is the Gulfood Discover Zone, where exhibitors will showcase recently launched products in an interactive lounge. The space will also feature a dedicated area for companies that have never conducted business in the MENA region before and are using Gulfood as a market-entry opportunity. Finalists for the Gulfood Innovation Awards, which also return in 2018, will also be profiled in the Zone.

Gulfood 2018 will also see the return of perennial features such as Halal World Food, the world’s largest annual halal food sourcing trade show. According to a report published by Thomson Reuters and Dinar Standard, Muslim spending on food and beverages is expected to reach $1.9 trillion by 2021.

Other features at the exhibition will include the annual Emirates Culinary Guild International Salon Culinaire; the world’s largest single-entry chef competition; and the Gulfood Innovation Awards, which recognize best-in-class excellence and innovation across the region’s food and drink industry. 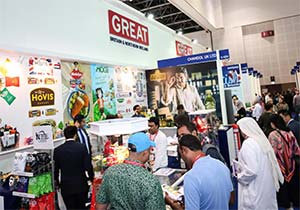 With over 5,000 exhibitors expected at the 23rd edition of the event, Gulfood 2018 will feature more than 120 national pavilions including first-time participants from as far afield as Estonia, Serbia and Slovakia. The show will also see hundreds of international heads of state, ministers, government officials and scores of national trade associations eager to ink lucrative bi-lateral trade agreements among tens of thousands of anticipated buyers.

Gulfood 2018 is a trade event open exclusively to business and trade visitors. Show hours are 11am-7pm from February 18-21, and 11am-5pm on February 22. Registration information is available by contacting the organizer at: www.gulfood.com.