People living in the United States indulge in ice cream more than any nation in the world, averaging a whopping 48 pints per person, per year. Ninety-eight percent of all American households purchase ice cream, with more sold on Sunday than any other day of the week. Eighty-seven percent have ice cream in their freezer at any given time. 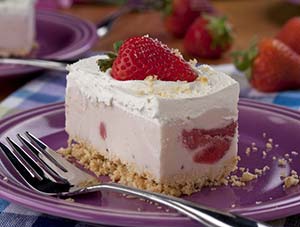 NFRA reminds consumers to make the ice cream aisle their last stop at retail stores, to keep frozen purchases in a separate section of the cart while shopping, and to pack ice cream in an additional brown paper sack for insulated bag for the trip home. It is also suggested that frozen treats are stored in the main part of the freezer, not on the door, where they are subject to more fluctuating temperatures.