Chef Ming Tsai and JUST Egg, one of America’s fastest-growing egg brands made entirely of plants, have cooperated in the launch of four new plant-based frozen products under the MingsBings banner. The breakfast Bing Pockets, developed by Iron Chef Ming Tsai, represent his brand’s first entry into the category. Each flavor features JUST Egg alongside other plant-based ingredients to create vegan offerings.

The convenient handheld pockets are now available online at MingsBings.com and will begin rolling out to grocery stores in the United States this November, starting with Harris Teeter, Dave’s Fresh Marketplace, Lowes Foods and Roche Bros. The gluten-free flavors, which contain considerably less fat and calories than the leading frozen breakfast sandwich, include:

The frozen breakfast category is on the rise, and the new breakfast bings are being positioned to address demand for better and more convenient options. According to IRI data, in 2021 frozen breakfast food sales in the USA were up 11% compared to the prior year – and more specifically, the breakfast burrito and sandwich category grew 16% in the last year.

IRI also found that more than half of consumers reported they do not sit down to eat a traditional breakfast in the morning, making options that can be eaten on the go, such as MingsBings, an appealing option.

“Sodium-packed and high cholesterol breakfast sandwiches have dominated the breakfast category. The arrival of delicious plant-based ingredients like JUST Egg serve as a foundation for innovation,” said Chef Ming Tsai. “I’ve created MingsBings Breakfast Bings as an extension to our core lineup of bings to introduce a new breakfast format that is first and foremost delicious and portable, but also plant-based, gluten-free, and dairy-free.”

“Teaming up with a creative and dynamic MingsBings for the new Breakfast Bings demonstrates yet again the incredible versatility of JUST Egg,” said Matt Riley, chief revenue officer for Eat Just, Inc., creator of JUST Egg. “We’re barely scratching the surface of all the ways that can be utilized in frozen and prepared foods as an alternative to chicken eggs that deliver on taste and functionality but with a minimal impact on the environment and the added benefit of lower saturated fat and no cholesterol.” 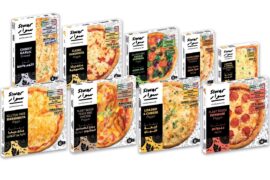 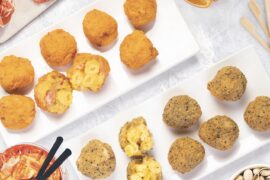 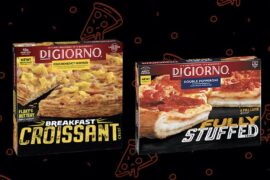