My/Mo Mochi Cool Peppermint Flavor Back in Time for Holidays

Cool Peppermint has been added to the My/Mo Mochi Ice Cream portfolio for a limited time through the November and December winter holiday period. The seasonal novelty treat features a scoop of premium peppermint ice cream, sprinkled with crunchy, minty bits, all wrapped in pillowy sweet mochi dough.

“Cool Peppermint is a winter wonderland in your mouth,” said Russell Barnett, managing director and chief marketing officer of Los Angeles, California-based My/My Mochi. “It is here to bring the milky, melty magic this holiday season. Home for the holidays never tasted so good!”

Distribution is in 258g boxes containing six 43g pieces. Each bite-sized My/Mo Mochi frozen snack contains about 100 calories, is made with gluten-free and rBST-free ingredients, and is available in a variety of flavor and textural sensations – including vegan-friendly options.

The My/Mo Mochi Ice Cream brand was launched by Mikawaya LLC in 2016, a year after it was acquired by El Segundo, California-based Century Park Capital Partners, which also owns Dickinson Frozen Foods.

Mikawaya was founded in the Little Tokyo neighborhood of Los Angeles during 1910 by Ryuzaburo Hashimoto, an immigrant from the Japanese province of Mikawa. For over 100 years the company specialized in crafting of authentic Japanese pastries and confections, including small-batch artisanal production of traditional mochi dough made of pounded sticky rice.

Ryuzaburo’s youngest grandniece and former president and chief executive officer of Mikawaya, Frances Hashimoto, is credited as the inventor of mochi ice cream. According to Wikipedia, her husband, Joel Friedman, “conceived the idea of taking small orbs of ice cream and wrapping them in a Japanese traditional mochi rice cake.” Frances expanded on the concept by creating the fusion dessert that debuted commercially in Hawaii during 1994, and now is available at retail stores nationwide in more than a dozen flavors including Green Tea, Sweet Mango, Banana Chocolate Cream, Cookies & Cream, Ripe Strawberry and Vanilla Bean. 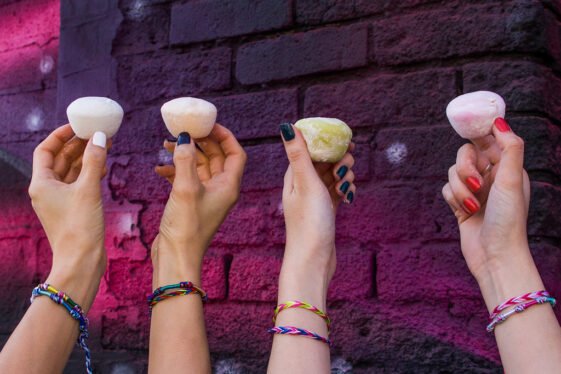 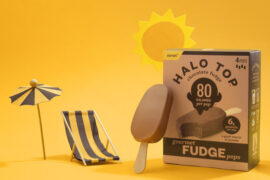 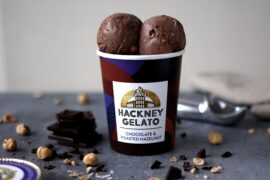 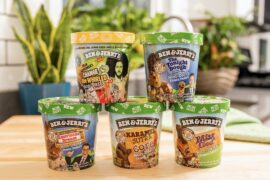