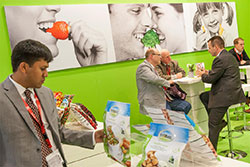 A visitor to the busy Oerlemans stands checks out the Vion Group’s company’s new range of frozen soups distributed under the Mise en Cuisine sub-brand.Seven flavors are currently available, each distributed in two-kilogram bags containing enough frozen pellets to produce six liters of soup. Tomato-vegetable, farmers-vegetable and potato-vegetable are offered in the clear soup range, while thickened soup choices on offer are cauliflower-broccoli, mushroom, rich tomato, and pumpkin-curry.

Oerlemans, a member of the Vion Food Group, supplies an extensive assortment of more than 1,000 fresh-frozen vegetables, fruit and potato products. In addition to the flagship Oerlemans label and the new Mise en Cousine range, its brands include Keizer, Bio+ and Bauer. Operating at a number of production plants in Poland as well as the Netherlands, the company employs 740 persons.

FrozenFoodsBiz.com met with Jan Klerken, managing director of Scelta Mushrooms BV, which is also headquartered in Venlo. Celebrating its Jubilee 50th year anniversary during 2013, the third-generation family-led company has come a long way since starting out as mushroom trading house doing business as Champex back in 1963. During the past half-century it has evolved into a multi-faceted enterprise packing and marketing a range of products that run the gamut from IQF Champi’mer mushrooms in many forms and shapes, to Comé preserved mushrooms distributed in buckets, bags and eco-pouches, to breaded snacks, salt-reduction flavorings and immune system-boosting ceuticals sold as Funginal foods. 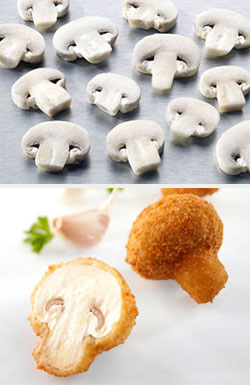 Mushrooms is the name of the game at Scelta, which supplies the products in all kinds of shapes and forms, from IQF slices for pizza topping to breaded, value-added treats served as snacks, appetizers, starters or side dishes.While Scelta’s product line includes onion rings, mung bean sprouts and vegetable snacks, it is first and foremost a company catering primarily to a customer base of further processors who use its sliced, diced, halved, quartered and whole mushrooms in products ranging from pizza and pasta to soups, vegetable blends and complete ready meals.

The Scelta team is always working creatively to develop innovative, healthy new products that are tasty and sustainable. Certainly protein-rich mushrooms, which may be consumed as low-calorie substitutes for meat, rank high on the healthy eating chart. Indeed, they are loaded with vitamins B, C and D, in addition to essential minerals including iron, phosphorus, copper, potassium and selenium (a powerful cell-protecting anti-oxidant).

Klerken, who matter-of-factly refers to “white wonder” mushrooms as “simple, super food,” points out that Scelta sources most of what it sells from reliable, well-established growers around the Venlo area and elsewhere in the Netherlands. This is not entirely due to patriotism, though one would be hard pressed to find a more enthusiastic supporter of Het Nederlands Elftal (the national football team).

“Holland is number one in the production of sustainable mushrooms, which is why we now call them Dutchrooms,” he told FrozenFoodsBiz.com. The managing director went on to explain that Scelta’s supply line sources mushrooms produced on recycled compost, topped with casing soil made of water, virgin peat and spent lime, a byproduct of the sugar beet refining process. They are raised in all-natural growing cycle, as absolutely no chemicals or pesticides are used at any time.

Klerken foresees sales of value-added products rising steadily in the future, and Scelta intends to step up marketing of an extensive range of both mushroom- and vegetable-based deep fried snacks under its recently launched Snex Sexy Snacks range. This will further build on the successful kickoff of Fingerfoodballs, which are mini croquettes featuring various fillings including mushroom-spinach, ratatouille, sauerkraut and red cabbage-apple. 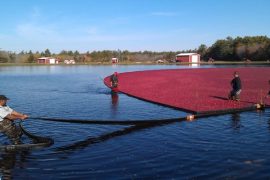 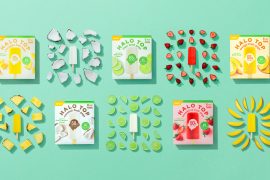 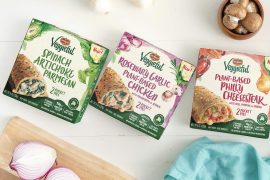