Newman’s Own, the Westport, Connecticut, USA-headquartered food and beverage company founded by actor, racecar driver and philanthropist Paul Newman that donates 100% of its after-tax profits to help children, is putting the faces and personal stories of kids it supports through grantee partners on the back of product packaging for the first time, starting with youngsters who have attended SeriousFun Children’s Network camps.

SeriousFun, also founded by Newman, is a community of free, adaptive summer camps for kids with serious illnesses. The packaging change is part of a bolder look for the brand, to help it stand out to new and existing customers on shelves.

Clayton from North Carolina, brother and sister Gabe and Angelica from Florida, Sophie from Ohio, and siblings Sarah and Akeem from New York will be among the first beneficiaries featured on select Newman’s Own products, beginning with popular frozen pizza varieties including Thin & Crispy Uncured Pepperoni, Thin & Crispy Four Cheese, and Thin & Crispy Margherita:

• Clayton, age 10: Born with cerebral palsy, he gets around with a walker and wheelchair. His parents were nervous about letting him go to camp because they hadn’t left him anywhere overnight, other than the three months he was in the hospital as a newborn. Clayton was so excited. SeriousFun camps are designed with adaptations so that nothing is off limits for kids with different abilities, and his parents say the experience “was amazing for him.”

• Gabe and Angelica, age 17: The twins share many things, including Ehlers-Danlos syndrome, which makes the body prone to injury. The kinds of physical activities most youngsters engage in can be dangerous for them, but at their SeriousFun camp, both discovered their passions. For Angelica, it was archery, and now she’s a competitive archer. For Gabe, it was the theater. “I was never in that type of environment before,” he said, “but camp helped me realize where my interests really were.”

• Sophie, age 16: When first learning about SeriousFun camps at age 10, she couldn’t wait to go. Sophie has juvenile arthritis, and some days it can be so painful she can’t get out of bed, but SeriousFun camps are made for kids like her. “What’s really cool,” said Sophie, “is that I can do everything there without having to worry ‘How in the world am I going to do this?’ They already have a plan in place for me.”

• Sarah and Akeem, ages 18 and 14: For these siblings, who have sickle cell disease, attending a SeriousFun camp is a chance to do things they’ve only dreamed of, in the company of others with similar serious illnesses. Sarah could swim in a heated pool specially designed for people like her, and Akeem could ride horses, play basketball, and perform in the camp talent show. “Camp was somewhere I could go to be myself,” Sarah said, “and bring out a part of me that the regular world couldn’t see.”

“As we carry on Paul Newman’s radically good legacy, we are humbled to be able to tell the stories of these kids on our food and beverage products, so consumers can learn more about and connect with the impact they are making when they purchase Newman’s Own products, such as frozen pizza,” stated Nicole Malcolm-Manyara, chief marketing officer of the company.

Since opening the first SeriousFun camp in 1988, over 1.5 million life-changing experiences have been provided free of charge to children and their families from 50 countries coping with more than 100 different medical conditions. More information about the program is available by visiting NewmansOwn.com. 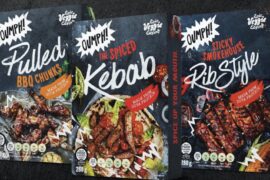 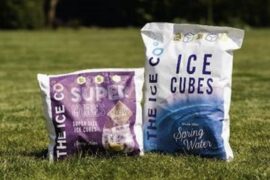