The Oumph! brand of plant-based Italian Style frozen pizza will be launched at 179 Tesco stores in the United Kingdom on September 16. Selling for £3.99, the 400-gram product features a stone-baked wheat flour base topped with tomato sauce, strips of soya protein, organic cheese, semi-dried tomatoes plus rocket, and organic herbs and spices, dusted with seasoned breadcrumbs.

“At Food for Progress we believe in mouth-watering food that is kinder to the environment. With pizza we hope to reach new consumer groups beyond the core vegan and vegetarian fan base,” said Anna-Kajsa Lidell, co-founder of the Mjölby, Sweden-headquartered company that markets and distributes the expanding Oumph! product line in Britain and throughout Europe’s Nordic countries.

She continued: “There is an increasing demand for plant-based options. With all due respect to slow cooking, often we just don’t have time to cook. This is when we need good, fast food that tastes great.”

The Oumph! Italian Style pizza is already popular in Sweden, Norway, Denmark and Finland. In some stores quick success came unexpectedly as the product sold out within just a couple of days of being stocked. 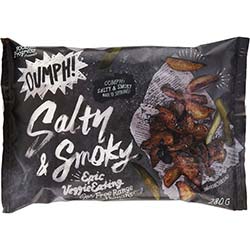 Also on September 16, Tesco will launch Oumph! Salty & Smoky soya-based faux meat strips in the UK. The 280-gram offering will join other products from Food for Progress including Pulled Oumph!, Oumph! Kebab Spiced and Oumph! The Chunk, each of which carries an RSP £3.49 per 280-gram pack. 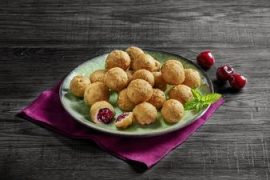 Frostkrone Presents Fruit Appetizers and Other Street Eats in Dubai 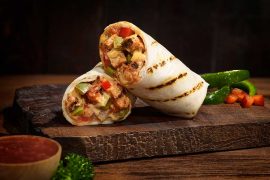 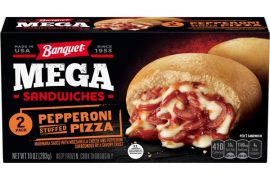