Pilgrim’s Pride Corporation, the world’s second largest chicken producer, has reported net sales of $2.14 billion during the third quarter of 2013 – $74 million higher than the $2.07 billion rung up during the same period in 2012. Earnings before interest, taxes, depreciation and amortization (EBITDA) of $222.5 million increased 116% compared to the $103 million generated in the prior year. Net income of $160.9 million reflected an improvement of 275% compared to the $42.9 million reported in the same period in 2012, with diluted earnings per share reaching $0.62 compared to $0.17 in the third quarter of 2012. 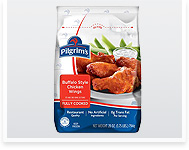 The Greeley, Colorado, USA-headquartered company, which produces a wide variety of fully cooked, as well as ready-to-cook, and individually frozen chicken, in addition to non-frozen products, operates 33 processing plants in the USA, three plants in Mexico and one in Puerto Rico. It value-added frozen product range runs the gamut from retail packs of fully cooked Wing Dings, Wing Zings and Buffalo Wings to IQF breast fillets, drumsticks and thighs. Since 2009 it has been

A subsidiary of Brazilian food giant JBS, the company is supplier to major foodservice operators including Kentucky Fried Chicken and Wendy’s as well as retail chains Wal-Mart, Publix and others.

“We are pleased to see continued improvement reflected in our results based on the consistent execution of our strategy. Our engagement with key customers continues to reflect the value they expect from Pilgrim’s, and is driving growth and success for our customers,” said CEO Bill Lovette. “There have also been improvements in margins. We are close to achieving our operational improvement targets for the year, and envision capturing even greater efficiencies in 2014. Our export model has enabled us to attain our goal of achieving 30% growth in value-added products year to date.” 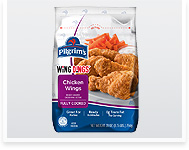 He continued: “While we saw some volatility in the Mexican market this quarter, we believe the fundamentals of the business and growth opportunities remain intact. Market prices in the region softened during the quarter; however, we continue to view Mexico as a tremendous opportunity for profitability and growth.”

Cash flows from operations were $285.8 million for the quarter, enabling Pilgrim’s Pride to reduce debt by $252 million. Its ending net debt position was $582.1 million, which is 0.87 times the company’s trailing 12 months’ EBITDA. 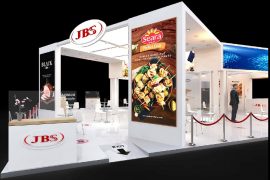 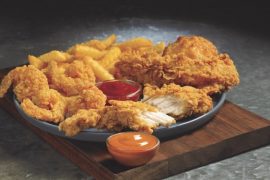 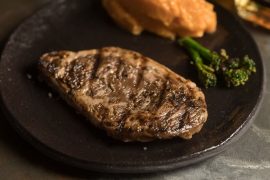