One factory has been shut down and production at another plant has been curtailed as fallout from a frozen food contamination scare in Japan continues and the investigation into its cause remains ongoing.

Police and government health authorities are still puzzled as to how a diversified assortment of frozen food products packed on multiple lines at a single location northwest of Tokyo were contaminated with malathion. The organic phosphate insecticide, typically employed to eliminate spider mites, aphids and other pests, is not used in food production plants.

Maruha Nichiro Holdings Inc., a leading supplier of frozen food in Japan and major producer and exporter of value-added seafood, is recalling 90 items distributed in more than 6.3 million packages, which have been produced since last October at its Aqlifoods Co. factory in Gunma Prefecture. All output at the plant has been suspended until the source of contamination is determined and eliminated. 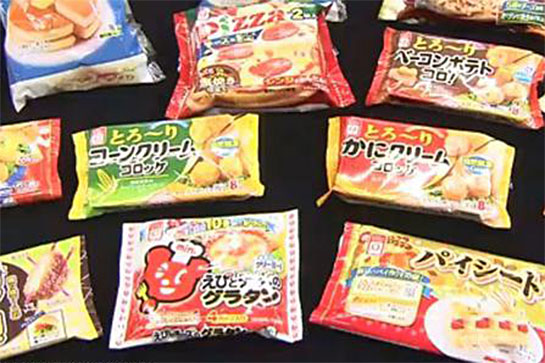 Affected products range from pizza and grilled chicken teriyaki to fried sweet corn, chicken nuggets with cheese, corn cream croquettes and cheese gratin croquettes. The nationwide recall, which began on December 29, was 52% complete as of January 10, according to a notice posted at the company’s website.

Meanwhile, on January 11 it was reported that the frozen food manufacturer would reduce production at its Yubari factory due to falling consumer demand for its product line. This followed an avalanche of negative publicity that prompted Maruha Nichiro Holdings to publish full-page advertisements in newspapers apologizing for the problem and asking consumers not to eat any of the products produced in the Gunma Prefecture plant.

The highest concentration of malathion was detected in a package of croquettes bought by a consumer in Tokyo, according to a report in the Japan Times. It registered 15,000 parts per million, which is 1.5 million times higher than the acceptable level of residue.

According to a story published by the Yomiuri Shimbun, most of the packages have “Aqlifoods Gunma factory” printed on the surface. However, private labels produced for major supermarket chains such as Aeon and Seiyu do not bear the manufacturer’s identity.

“We have decided to recall all items made at the plant to fully ensure” the safety of consumers, Maruha Nichiro President Toshio Kushiro said during a press conference.

“I would like to apologize from the bottom of my heart for causing trouble to our customers,” stated Yutaka Tanabe, president of Aqlifoods, after it was announced that 44 of the company’s retail products and 46 of its foodservice items are being recalled.

“We are making an all-out effort to investigate, but are still unable to specify the cause at this moment,” the company further commented in a press release.

Gunma Prefecture public health officials have stepped up their investigation of the plant and its suppliers, and police are investigating whether somebody may have intentionally laced the frozen food products with malathion. Thus far detectives have questioned approximately 300 workers at the now idle factory.

Some observers suspect foul play, since malathion generally decomposes when heated, and processing methods for the foodstuffs affected typically involve high-temperature pre-cooking or baking. Thus Akifumi Hayashi, a pesticide expert and head of a pest control research institute in Japan, figures that malathion likely entered the food chain after processing and before packaging.

Hiroshi Naito,  professor emeritus at the University of Tsukaba, was in agreement with Hayashi’s conclusion. Noting that levels of the insecticide detected are too high to be regarded as residual, he commented: “As we have seen a frozen gyoza poisoning case before, it is possible that someone added the chemical.”

Estimates of the number of persons thought to have been sickened by contaminated products vary widely, with some news agencies reporting upwards of 1,400 to 1,700 illnesses. The Japanese Health Ministry has confirmed 556 cases, and the local government put the number at 356.

Beyond Japan, frozen food products made by Maruha Nichiro Holdings are also being recalled in the Philippines. Furthermore, Dr. Kenneth Y. Hartigan-Go, chief of the nation’s Food and Drug Administration, has directed field officers to confiscate all unregistered processed food products in stores or in the possession of distributors.