The international poultry industry has experienced a gradually improving market environment during the first half of the current year, and this trend is expected to remain in place over the coming months, according to the Poultry Quarterly Q3 2019 report issued last week by Utrecht, Netherlands-headquartered Rabobank.

The main driver for improvement has been a more balanced supply in key trading markets including Brazil, Thailand, the USA and the European Union. The gradual upswing has come despite global trade volumes being disappointing due to ongoing trade issues.

China is the best performing poultry market at the moment, with exceptionally high prices in place due to the shift from pork to greater poultry consumption as a result of the worsening situation with African Swine Fever (ASF) and very low breeding stock levels, which has pushed PS and DOC prices up to historically high levels.

The international poultry sector has been on a roller coaster ride in the past year, “with a large oversupply in the second half of 2018 and early 2019 greatly affecting prices for globally-traded poultry products,” according to Nan-Dirk Mulder, Rabobank’s senior animal protein analyst. “The balance in the market is gradually returning, driven by stronger dark meat demand from Asia and Africa. Having said this, global trade volumes in Q1 2019 were just 2.8 million metric tons, and at their lowest level since 2015, indicating ongoing tough issues in poultry trade and ongoing low breast meat prices.”

The bullish Chinese market situation will have some impact on the global scene. This will mainly be through some price support in pork exporting countries. But as long as China does not allow more imports, this will have a relatively limited impact on the international poultry trade, except for countries who can export, such as Brazil, Thailand, Argentina, and soon Russia.

Disease-related pressure is still present in the industry, with a series of AI outbreaks spanning the globe from Mexico to Vietnam, Cambodia, Nepal and Taiwan. Although all these outbreaks have a significant impact on local industries and communities, the number of outbreaks is lower than in the previous years. 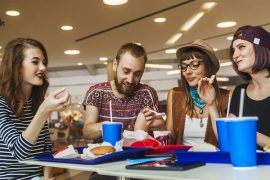 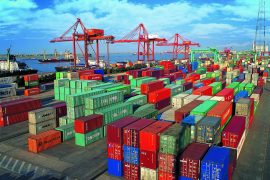