The 2022 update of The Economic Value of Alaska’s Seafood Industry report affirms that the fisheries sector is an essential driver of the state’s economy. The seafood industry directly employs 62,200 workers annually in Alaska, more workers than any other private sector industry, and contributes $5.7 billion to the state’s economy.

“The economic value of Alaska seafood stretches well beyond the docks and is spread across Alaska’s communities and throughout our nation,” said Jeremy Woodrow, executive director of the Juneau-based Alaska Seafood Marketing Institute (ASMI).

The report demonstrates that within the states, seafood continues to play a critical role in delivering value for Alaskans:

•The seafood industry employs over 31,300 skippers and crew members, and 27,100 seafood processing employees.

•The seafood industry directly employed an estimated 26,400 Alaska residents in 2019, with over 19,800 resident fishermen and over 6,500 resident processors.

•Seafood is Alaska’s largest international export by volume and value. Export markets typically account for two-thirds of sales value, with the US domestic market buying the remaining one-third.

•Seafood processing accounted for 70% of Alaska’s manufacturing employment in 2019, making it the largest manufacturing base in the state. The sector employs 27,100 workers in 160 shore-based plants, 52 catcher-processors and approximately 30 floating processors.

Unlike previous years, the economic impacts are calculated solely on 2019 data, as opposed to averaging two years of statistics.

“In 2020 the industry suffered from widespread Covid-19 impacts and other factors in several key fisheries,” said Jim Calvin, vice president of McKinley Research Group (formerly McDowell Group), which first published the biennial report in 2013. “While the report includes some 2020 data, averaging 2019 data with the pandemic-disrupted 2020 season would not produce an accurate picture of the seafood industry’s economic impact in Alaska. Preliminary 2021 data reflect a partial rebound further indicating 2020 as an outlier.”

Alaska harvests two-thirds of the USA’s total seafood haul, more wild-caught seafood than all other states combined, and is a key component in the nation’s overall seafood business:

•Nationally, the Alaska seafood industry creates over 100,000 full time equivalent jobs, $6 billion in annual labor income and $15 billion in economic output, including $6.4 billion in direct output associated with fishing, processing, distribution and retailing – and an additional $8.6 billion in multiplier effects generated as the industry’s direct output circulates throughout the US economy.

The Alaska seafood industry plays a widespread role in providing critical infrastructure for sustaining the economic resiliency of Alaska:

•It provides economies of scale and economic activity which lowers the cost of utilities, shipping, fuel and local taxes for residents in many Alaska communities.

•Residents own 6,550 fishing vessels, and each fishing operation represents a business generating new income from a renewable resource.

•Seafood is the economic foundation of many rural communities, and seafood processing facilities are integral to many coastal economies of Alaska.

Originally published in 2013 and updated in 2015, 2017, 2020 and 2022, the report is prepared by McKinley Research Group for ASMI. The study details the economic importance of Alaska’s commercial seafood industry on the local, state and national level.

The 2022 Economic Value of Alaska’s Seafood Industry report, in addition to a brief report on 2020 harvest, processing and direct employment data, may be found online at www.alaskaseafood.org/industry/economic-impact/. Printed copies will be available upon request.

The Alaska Seafood Marketing Institute is a partnership between the State of Alaska and the Alaska seafood industry promoting the benefits of wild and sustainable Alaska seafood and offering seafood industry education. Nearly 60% of all wild seafood and 90-95% of wild salmon harvested in the US is sourced from Alaska. In addition to wild salmon, the state is known for its crab and whitefish varieties such as Pacific cod, sablefish, halibut, Alaska pollock, sole and rockfish – available frozen as well as fresh year-round. 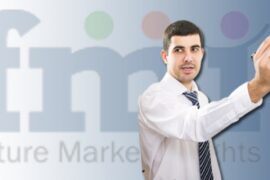 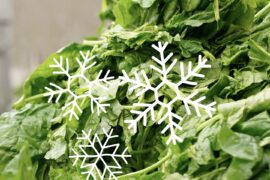 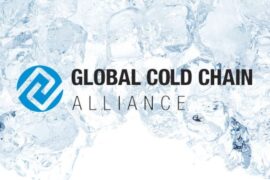