Norman Robert Lynas, chairman of Coleraine, County Londonderry, Northern Ireland-headquartered Lynas Foodservice, died on November 23, 2019, at the age of 77 after having a stroke in August and diagnosed in September as suffering from an inoperable brain tumor.

The highly regarded foodservice business veteran and devout Christian is survived by his wife Lynda (seen at his side in the photo above), sons Peter, David and Andrew and their wives, seven grandchildren and sisters Maureen and Christine.

“Norman thoroughly enjoyed the extra time he was given passionately pursuing his love for Jesus as he had always done,” his family said in a statement. “He had two key questions: If you don’t know Jesus, why not; and if you do know Jesus, what are you going to do about it?”

His son Andrew, chief executive officer of the company, provided the following remembrance of the dearly departed:

“Dad was a man of vision, guts and tenacity, taking over a small fish shop in Coleraine nearly 60 years ago and transforming it into the largest family-owned and run foodservice business in Ireland and Scotland with over 560 staff delivering over 10 million cases of food a year to the catering trade.

“Ignoring the advice of his father Bobby, he took the business on from fresh fish to selling frozen food in the early 1970s. That decision enabled Norman to be at forefront of the frozen food revolution that was happening in Northern Ireland, and he grew the business steadily even during difficult times. In 1991, Norman moved the business to Loughanhill Industrial Estate in Coleraine, where the business remains.

“From frozen food, Norman started selling chilled goods, including fresh chicken and cheese in the late 1990s. I joined Dad in the business in 2004 as the business expanded into butchery through its Causeway Prime brand, ambient and non-foods, and geographically into an All-Ireland business. Furthermore, the business opened its own Food Outlet stores serving the general public, and in the last few years expanded into Scotland. Norman was pivotal in the continued growth of the business throughout, first as the main driver and laterally in the last 11 years as he supported me and the leadership team in pushing the business forward.

“Dad was a salesperson at heart. He loved getting that extra box into the call. He loved his customers, enjoying calling on them for a cup of tea or seeing them at the different food shows and ensuring that their business was thriving. From schools, hospitals, chip shops to coffee shops, he loved serving the caterer.

“Dad loved Coleraine and the local community, involved in the Enterprise Agency and setting up a local Dragons Den in the teeth of the 2008 recession. He was a man who loved people and interacting with them. Even at the end of his life he wanted to be around people. In 2017 he received an OBE for services to the Business Community and young people. 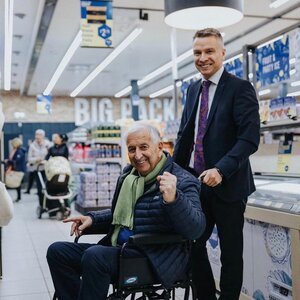 “Yet as much as Dad loved this business, his first love was Jesus. He was a committed Christian and follower of Jesus as the Lord had transformed him as a young boy of 13. Norman was a committed member and elder of Portstewart Baptist Church, transforming lives as he mentored many young people.

“However, Exodus, a youth disciple organization formed over 20 years ago was Mum and Dad’s greatest lasting legacy. Committed to seeing young people boldly following Jesus and becoming lifelong disciple-makers, Exodus made them come alive and they served every summer encouraging young people.

“Dad, with Mum at his side for over 47 years, lived life to the full. He loved his three boys and seven grandchildren, yet he was a spiritual father to many others and has left a lasting legacy well beyond just the business.

“To a life well lived and to my hero.”

A service to remember and honor the life and time of Norman Robert Lynas will be held at Portstewart Baptist Church on November 27 at 1 PM. Those wishing to make donations in his remembrance may do so by writing checks payable to Exodus c/o Ms Charlene Wade, 3 Upper Abbey Street, Coleraine, BT52 1BF. 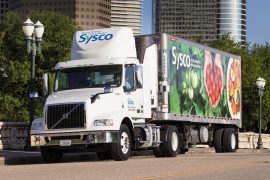 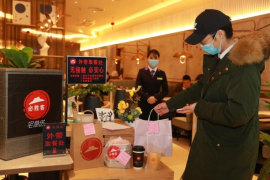 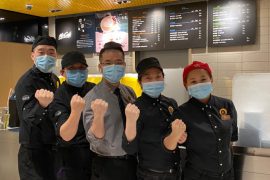