Sales and Earnings Rise at Reed Boardall Despite Fierce Competition

The Reed Boardall cold storage and distribution operator in the United Kingdom on January 6 reported a 3.8% increase in sales to £62.8 million during 2019. Notwithstanding rising costs and heavy competition in the transport sector, profits remained steady with underlying EBITA at £3.38 million compared to £3.44 million in 2018.

With its single-site model based in Boroughbridge, Yorkshire continuing to prove popular with food manufacturers and retailers across the country, the company again achieved increased volumes at its 142,000-pallet capacity coldstore. This, together with rising use of its ancillary blast freezing, picking and packing services, played an important part in improving the financial performance compared with the previous year.

“While continued tough competition has made it difficult to recover increased costs, we have established a sound formula for success,” said Chief Executive Marcus Boardall, who is pictured above with Sarah Roberts, group finance director. “An integrated cold storage and transport service from a single site, together with our experienced team, enabled us to run a cost-effective operation while maintaining the high levels of service our customers expect.”

Roberts added: “It is encouraging to see another year of improvement and we are confident that our next financial year will show further growth as we have seen high levels of demand over the last nine months. We remain the UK’s largest consolidator of frozen food and have some exciting plans for next year, with investment and innovation at the heart of our business strategy.”

Reed Boardall ranks as one of the largest temperature controlled food distribution businesses in Britain, storing and delivering frozen food from manufacturers across the nation as well as continental Europe and further afield to the UK’s leading supermarkets. Operating 24/7, its 170-strong fleet of vehicles moves an average of 12,000 pallets a day. The company employs over 750 people and stores around £100 million worth of products on behalf of its customers. 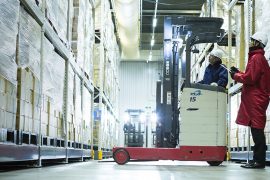 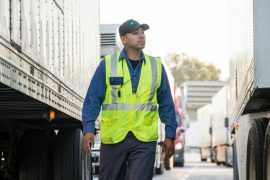 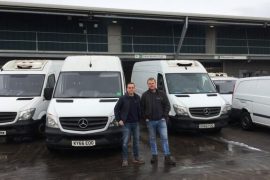