Sales Up, Profits Down as Closures in Russia and Ukraine Add to McD Costs

McDonald’s Corporation reported an 11% increase in net sales to $5.67 billion (+14% in constant currencies) during the first quarter of 2022 that ended on March 31, as same-store sales climbed 11.8%. Its international operated markets segment increased 20.4%, with especially robust comparable sales growth in the United Kingdom and France. Receipts in the United States rose 3.5%, driven by menu price increases, marketing promotions and growth in digital channels.

The overall performance topped Wall Street revenue expectations of  $5.59 billion and earnings per share came in at $2.28 adjusted vs. $2.17 expected. The result was achieved despite the suspension of operations in Ukraine and Russia, which cost $127 million, or 13 cents per share in the quarter.

“Our strong performance was underpinned by global comparable sales up nearly 12%, reflecting broad-based momentum across all segments,” said President and CEO Chris Kempczinski. “In most of our major markets, we sustained traffic share gains by focusing on elevating our brand, accelerating digital channels and showcasing our core equities of chicken and beef.”

The Chicago, Illinois headquartered fast food chain, which has more than 40,000 restaurants in over 100 countries, reported net income of $1.1 billion in Q1, down 28% from the same period in 2021. The shutdown of operations in Russia and Ukraine following Vladimir Putin’s order for Russian military forces to invade large portions of Ukraine on February 24 and the ongoing war has resulted in $27 million in costs related to the continuation of employee salaries, lease and supplier payments, plus approximately $100 million in costs for supply chain inventory that likely will be disposed of due to the closure of 847 restaurants in Russia and 108 outlets in Ukraine.

McDonald’s CFO Kevin Ozan estimated that it will likely cost the company between $50 and $55 million a month to keep its infrastructure going in Ukraine and Russia.

“The conflict in Ukraine and the humanitarian crisis in Europe has caused unspeakable suffering to innocent people. As a system, we join the world in condemning aggression and violence and praying for peace,” said CEO Kempczinski on March 8, when announcing the restaurant closures.

On April 28, not knowing when the shuttered restaurants will reopen, he stated: “It’s clear that this crisis is far from over. With an ever-evolving situation, we are analyzing our options and expect to provide clear direction to investors and other stakeholders no later than the end of the second quarter.”

The quarter reflected strong growth in international developmental licensed markets. Comparable sales driven by Japan and Brazil was partly offset, however, by negative comparable sales in China due to continued Covid-19 resurgences and related government restrictions. 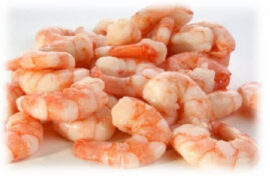 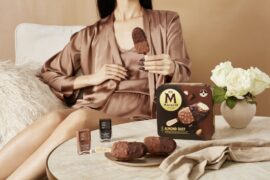