Zaxby’s, the Athens, Georgia, USA-headquarterd fast-casual restaurant chain best known for chicken fingers, wings and signature sauces, is bringing out the sweet and the heat with Boneless Wings tossed in General Tso’s sauce served with a side of ranch, crinkle fries, Texas toast and a 22 oz. beverage. Offered at $6.49, the General Tso’s boneless wings meal is available for a limited time until February 28.

“General Tso’s is Far-Eastern flavor with a kick from down South,” according to Joel Bulger, Zaxby’s chief marketing officer. “We have experimented with Asian-inspired cuisine and had huge success with our guests, who look to us for adventurous flavors and surprising combinations.”

General Tso’s sweet heat flavor profile was inspired by a culinary concept that combined Zaxby’s current wing sauces including Nuclear, BBQ and Teriyaki to make a new sauce that features flavors and ingredients including ginger, soy and sesame, red and habanero peppers, garlic and onion.

The chain recently introduced a new Signature Sandwich in test markets with a choice of Zax Sauce or new Spicy Zax Sauce. The company has plans for a nationwide rollout.

Founded by childhood friends Zach McLeroy and Tony Townley in 1990, Zaxby’s has grown to more than 900 locations in 17 states 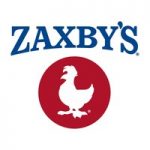 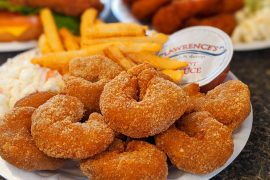 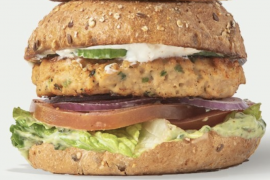 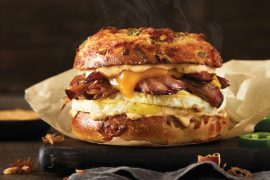 Brisket, Texas-style with Egg, for Breakfast at  Einstein Bros. Bagels