With research showing that up to 9 million households in Britain have “forgotten food” in their freezers after stocking up during the various coronavirus (SARS-CoV-2) lockdowns over the past 18 months, Brits are being asked to donate their surplus frozen vegetable to neighboring in-need households.

The Veg Amnesty initiative comes at a critical time when 6.5 million families in the UK are reportedly living in “veg poverty,” which is defined by Strong Roots as the inability to afford or access the government’s recommended five portions or 400 grams of fruit and vegetables per day.

Adams, who is Strong Roots’ Ambassador for Make Veg Poverty History, is adding punch to the Veg Amnesty campaign in more ways than one. The 2019 WBO female flyweight title holder stars in a short, light-hearted film, shot in her home city of Leeds, where she can be seen drumming up support from locals as she runs through the city. 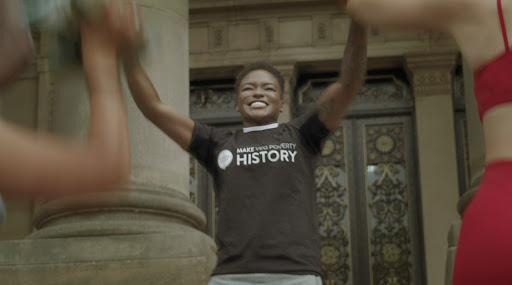 “We had a lot of fun making the film highlighting a serious issue close to my heart, and in my home town too,” said Adams. “I am passionate about the power of good nutritious food. Eating right is something everyone should be able to do no matter their situation, so I hope it inspires people to get involved in the Veg Amnesty and join our mission.”

The Veg Amnesty push comes at a time when a large number of people whose lives have been disrupted economically and socially during the pandemic, continue to be reliant on food banks and on the UK government’s Job Retention Scheme, which is scheduled to close at the end of September.

The Make Veg Poverty History campaign kicked off in January when Strong Roots opened a dedicated Frozen Veggie Food Bank in central London, while also donating freezers and thousands of meals to food banks around the country. Now the company is partnering with OLIO, the UK’s No. 1 free sharing app for the Veg Amnesty, which facilitates neighbor to neighbor donations via the app.

The Veg Amnesty is tied closely to the issue of food waste, considering that UK households throw away around £12.5 billion worth of uneaten food away every year and over half of all food waste is said to be taking place in the home.

“We all bought too much in lockdown, so anyone with surplus frozen vegetables in their freezer can dig it out rather than waste it,” urged Strong Roots CEO Samuel Dennigan. “By using the free sharing app OLIO people can simply give it to someone on their street or in their community who might need it. Something so simple can really help the fight to end veg poverty in the UK.”

More information about donating frozen vegetables to the Veg Amnesty campaign is available at: www.makevegpovertyhistory.com 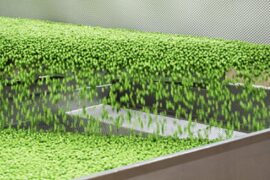 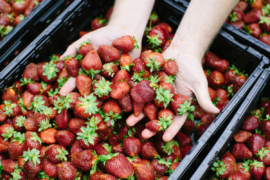