“Through our research, we know consumers’ taste and preferences evolve over time,” said Alfie Vivian, the company’s vice president of marketing. “It’s important to give our customers more of what they love and provide new offerings that satisfy different tastes, preferences and dietary needs.”

Unilever aims to do just that with this innovative lineup: 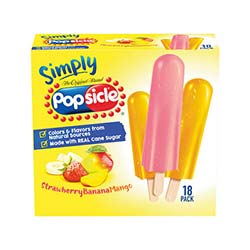 Popsicle, the “original summertime treat,” has been iconic to children of all ages since 1905. This summer, the brand introduces Simply Popsicle, an ice pop made with cane sugar and with flavors and colors from natural sources. The new range contains no high-fructose corn syrup and has only 40 calories per pop. Featured varieties, distributed in four different packs containing 18 pops, are: Strawberry-Banana and Mango; Berry and Pineapple; Orange, Cherry, Grape; Strawberry and Raspberry.

Consumers can also find new limited edition Popsicle pops teaming up with some of their favorite epic movie characters and flavors. This year, new varieties include: 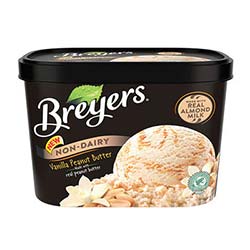 In addition, Breyers is launching three new flavors to its original line with more than 30 varieties to choose from: 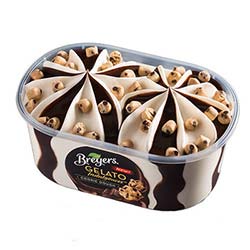 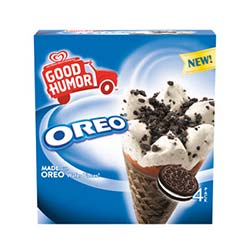 Good Humor has been reimagining America’s favorite candies and desserts as delicious frozen treats for more than 95 years. Whether on sticks, as sandwiches or on cones, the brand features a variety of frozen treats that are popular among multiple generations of consumers.

This year, Good Humor has partnered with the nation’s #1 cookie to bring a new variety from the ice cream truck to the grocery store. Oreo Cone, distributed in four-packs, is a crispy chocolate cone filled with vanilla frozen dessert, blended and topped with Oreo pieces.

Famous for the original Klondike bar and varieties like the Choco Taco, Klondike is expanding its line of classic, stick-less bars to include 14 varieties of loaded ice cream in a chocolaty shell with the launch of the Brownie Fudge Swirl. It features gooey, fudgy swirls churned through rich chocolate ice cream covered in thick milk-chocolaty perfection. 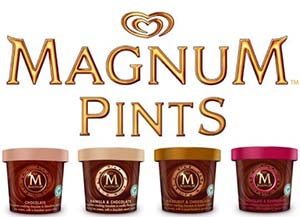 Following the launch of two successful varieties in 2016, Magnum Ice Cream is expanding its Doubles ice cream line with two additional varieties boasting two layers of decadent chocolate around a layer of sauce: