US beef exports remained on a record shattering value pace in October, according to data released by the United States Department of Agriculture (USDA) and compiled by the Denver, Colorado-based US Meat Export Federation (USMEF). October pork exports trended seasonally higher compared to recent months, but were still below the results posted in October of 2017. Lamb export volume in October more than doubled year-over-year, while value increased nearly 50 percent. 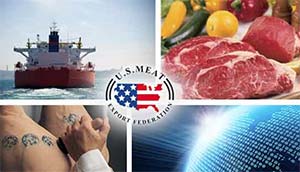 Exports accounted for 13 percent of total beef production in October, which was steady with last year, and 11.6 percent for muscle cuts only (down slightly). For January through October, exports accounted for 13.5 percent of total production and 11.1 percent for muscle cuts – up from 12.8 percent and 10.2 percent, respectively, last year. Beef export value equated to $317.53 per head of fed slaughter in October, up 5 percent from a year ago. For January through October, the per-head average was up 15 percent to $320.50.

“Demand for US beef continues to climb in nearly every region of the world, with annual records already falling in some markets,” said Dan Halstrom, USMEF president and chief executive officer. “Per-head export value will also easily set a new record in 2018, which illustrates the strong returns exports are delivering for cattle producers and for the entire supply chain.”

October pork export volume was 207,725 mt, the largest since May but still 2 percent lower year-over-year, reflecting smaller variety meat exports. Export value ($536.5 million) was also the largest since May, but still down 5 percent from a year ago. For January through October, pork exports were 1 percent above last year’s record pace at 2.02 million mt, while value was also up 1 percent to $5.33 billion. For pork muscle cuts only, January-October exports increased 5 percent from a year ago in volume (1.63 million mt), valued at $4.43 billion (up 2 percent).

October exports accounted for 23.6 percent of total pork production, down from 25.4 percent a year ago. For muscle cuts only, the percentage exported was 20.7 percent – down from 21.6 percent in October 2017. For January through October, pork exports accounted for 25.8 percent of total production, down from 26.4 percent last year, but the percentage of muscle cuts exported increased from 22 to 22.5 percent. Export value per head slaughtered was down 10 percent from a year ago in October to $46.07. The January-October average was $51.74, down 2 percent.

“Despite some very significant obstacles, global demand dynamics for US pork remain strong,” said Halstrom. “We are hopeful that the recent signing of the US-Mexico-Canada Agreement and the return of trade negotiations between the US and China represent progress toward elimination of retaliatory duties imposed by key trading partners. If we can put that situation behind us, US pork is well-positioned to regain the momentum displayed early in the year.”

Halstrom added that upcoming trade negotiations with Japan are critical for the US pork and beef industries, as all major competitors in the Japanese market will soon benefit from significant tariff reductions. USMEF, along with producers, exporters and other industry organizations, submitted comments to the Office of the US Trade Representative (USTR) underscoring the importance and urgency of these negotiations and conveyed these points again during USTR’s Dec. 10 public hearing.

Beef exports to South Korea, which had already set a new annual value record through September, remained on a torrid pace as October exports reached 20,171 mt (up 17 percent from a year ago) valued at $153.1 million (up 25 percent). January-October exports advanced 35 percent in volume (200,666 mt) and 47 percent in value ($1.44 billion). These results included a 21 percent increase in chilled beef exports to 44,440 mt, valued at $431 million (up 31 percent). While Korea’s imports from Australia and New Zealand have also edged higher in 2018, US beef’s market share has increased significantly, jumping from 49 to 53 percent. 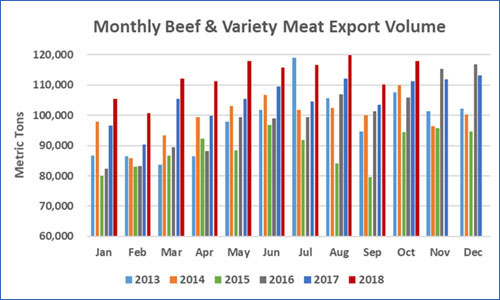 For January through October, other highlights for US beef exports include:

US Pork Record in Korea 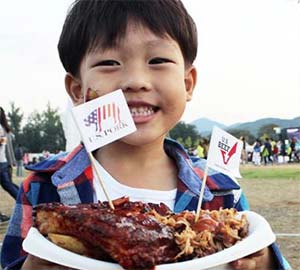 October pork exports to leading value market Japan totaled 35,134 mt, up 8 percent from a year ago, while export value climbed 9 percent to $146.6 million. This pushed January-October exports 2 percent ahead of last year’s pace in volume (330,480 mt) and 3 percent higher in value ($1.36 billion). This included a slight decrease in chilled pork volume (176,118 mt) while value was up 2 percent to $849 million. U.S. share of Japan’s pork imports held close to 35 percent, down slightly from last year.

But Japan imported a record volume of ground-seasoned pork from the European Union in October and US share in that category has dropped from 71 to 65 percent in 2018. This trend is likely to continue with upcoming implementation of the Japan-EU Economic Partnership Agreement and the Comprehensive and Progressive Agreement for Trans-Pacific Partnership, which will reduce tariffs on all pork and phase the import duty on ground seasoned pork to zero over the next six years. 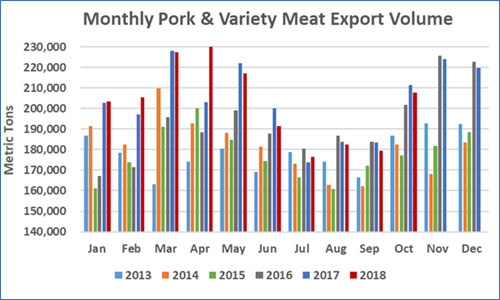 Other January-October results for US pork exports include:

Through the first 10 months of the year, lamb exports were 69 percent ahead of last year’s pace in volume (10,371 mt) and 19 percent higher in value ($19 million). While the increase is mainly attributable to stronger variety meat demand in Mexico, muscle cut exports were sharply higher to the Bahamas, the Dominican Republic, the United Arab Emirates, Taiwan and the Philippines.