In Salem, New Hampshire, USA a Walmart supercenter is rolling into the future. Alphabot, a first of its kind technology, is now fully operational. Its aim is to revolutionize the online grocery pickup and delivery process for employees and customers of the multinational retail chain that operates supermarkets and discount department stores.

Developed exclusively for Walmart by North Billerica, Massachusetts-based Alert Innovation, the system operates inside a 20,000-square-foot warehouse-style space, using autonomous carts to retrieve frozen, refrigerated and ambient items ordered for online grocery. After it retrieves them, Alphabot delivers the products to a workstation, where a Walmart associate checks, bags and delivers the final order.

As the pickup and delivery process works today, associates select items from the sales floor for customers, package them and then deliver them. While human personnel will continue to pick produce and other fresh items by hand, Alphabot will help make the retrieval process for all other items easier and faster.

“By assembling and delivering orders to associates, Alphabot is streamlining the order process, allowing associates to do their jobs with greater speed and efficiency,” Roth said. “Ultimately, this will lower dispense times, increase accuracy and improve the entirety of online grocery. And it will help free associates to focus on service and selling, while the technology handles the more mundane, repeatable tasks.”

In short, Alphabot is another novel entry in Walmart’s ever-expanding efforts to utilize intelligent, game-changing technology that helps both customers and workers.

“This is going to be a transformative impact to Walmart’s supply chain,” Roth said. “Alphabot is what we think of as micro-fulfillment – an inventive merger of e-commerce and brick and mortar methods.”

As the grocery pickup system operates now, there are a few extra steps involved for Walmart personnel. But Roth believes the technology will change that.

But the benefits go beyond associates who work with Alphabot every day, extending to shoppers in more ways than one. By increasing fulfillment speeds, this technology can create more convenience for customers, allowing them to place orders closer to pickup time, and reducing wait time when picking up an order.

The system’s fully autonomous bots operate on three axes of motion, constituting a more flexible system than is typically found in traditional fulfillment centers and warehouses. Because the carts that carry items move both horizontally and vertically without any lifts or conveyors, there are fewer space constraints to consider, which should make adoption of the system easier across stores. 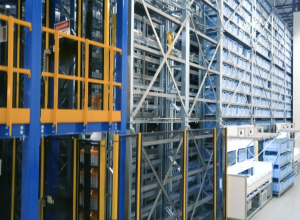 Real-time data sharing is also a benefit. Because Alphabot continually shares order information, the system will learn – and as it does, stocking will get more intelligent. Adoption of this new system across stores can lead to a more seamless grocery pickup and delivery experience, making substitutions easier to anticipate and fill.

“We never want to be in a position to tell an online grocery customer they can’t have an item,” Roth said. “We’ll be able to look at datasets and fairly say ‘these two brands of pasta are typically bought together,’ or ‘here’s an item a consumer buys often,’ and use that information to make more informed substitutions.”

Alphabot has been operating at its pilot location in Salem since mid-2019. The store will continue to serve as Alphabot’s home while the process is studied, refined and perfected. After collecting associate and customer feedback, next steps for a broader Alphabot rollout will be assessed. Until then, the system will continue to assist associates in Salem as they usher in a new era of productivity and service that could shape the future of modern retail. 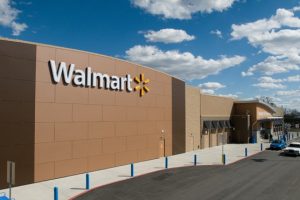 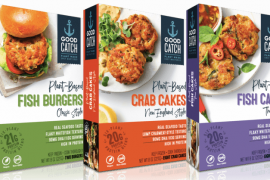 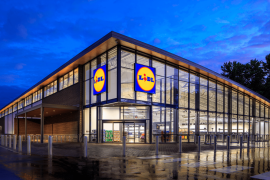 US Expansion: Lidl to Build Regional Distribution Center in Georgia 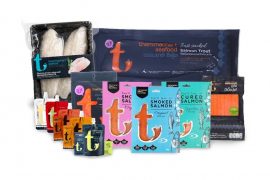