Whole Milk Mozzarella Cheese Pizza is produced by Denver, Colorado-based Cappello’s. Italian Sausage and Uncured Pepperoni are among the company’s other high-end frozen pizzas that contain no grain, soy or yeast ingredients and are gluten free.

Cappello’s founders Ben Frohlichstein and Stacey Marcellus like to say they didn’t have to split the atom to reinvent pizza. Instead, they had to split the almond.

Their website explains: “While it’s true that a handful of almonds makes for a super satisfying snack, it turns out they also have an incredible knack for making the best tasting pizzas, pastas and cookie doughs with incomparable textures. Almonds are also nutritionally dense. Filled with protein, fiber, and healthy fats, they’re the perfect partner.” 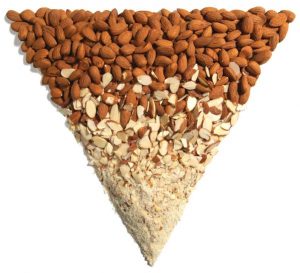 “We are big believers in the science of how a grain-free diet can improve your health by reducing inflammation, increasing energy and cognitive function, reducing symptoms of autoimmune disorders and nurturing a healthy gut,” declares the website.

Breaking Through the Clutter

“With so many new products launched each year, it is hard for consumers to know what to buy and challenging for brands to break through the clutter. This is where our competition comes in,” said Robert Levy, president of BrandSpark International and founder of the Best New Product Awards.

“The BNPA seal and claim drive strong ROI for the winners by helping products stand out from competition. Year after year we see brands gain an edge in the market by leveraging their win across traditional and digital media channels.”

The winning products were determined solely by the votes and opinions of American consumers. Voters participated in an extensive nationwide survey conducted by independent marketing research firm BrandSpark International. 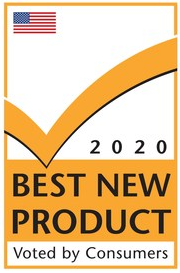 Following are some takeaways from this year’s BrandSpark American Shopper Study.

New Products
The innovations that resonate with the most Americans focus on health, taste, sustainability, effectiveness, and convenience.

Almost eight in ten shoppers “like trying new products” as they search for new experiences and superior performance. Sixty-eight percent say they will pay more for a new product that is better, and 57% say they “actively look through stores for products that are new and different.” From this it is clear that innovation continues to be a way for brands to maintain a competitive advantage and also a way for select private labels to assert that they are more than just followers.

Value
Eighty-nine percent of American shoppers say they feel proud to get the best value for their money. However, this doesn’t generally mean just finding the absolute lowest price product. Half of those surveyed said they often buy some premium quality products even though they cost more.

Private labels are a big part of how Americans try to get the most for their money and 41% agree that store brands are better value than brand names, with most other shoppers neutral on the question. America’s most shopped grocery retailers, such as Aldi and Trader Joe’s, have a strong focus on their private labels, and these brands are increasingly introducing new innovations.

US consumers are looking to balance taste and health, with seven in ten agreeing they are making changes to live healthier. Eight in ten believe there is a lot they can do with food and nutrition to prevent illness, yet half believe that the best-tasting food is usually not healthy and there are not enough convenient and healthy options.

Meat alternatives are emerging with one in five Americans saying they are eating less meat than two years ago, primarily less red meat. One in six consumers report regularly eating plant-based meat alternatives and many others are consuming more non-meat sources of protein in their diets, including lentils, beans and whole grains.

Founded in 2001, BrandSpark International is a research and consulting firm that provides clients with the advice needed to optimize brand positioning, ignite brand strategy, understand the evolving omni-channel shopper and prioritize growth initiatives. 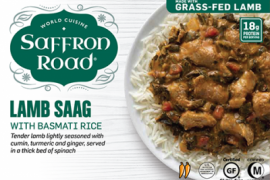 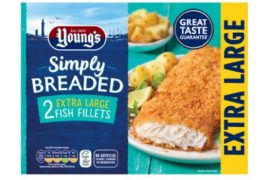 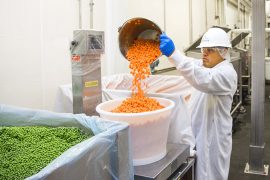