The British Frozen Food Federation (BFFF) has criticized several proposed measures in the Extended Producer Responsibility Scheme (EPR) in its response to the UK Government’s Consultation.

The Federation said the draft legislation will transfer a “massive cost” from central and local government to industry – as much as £3.5 billion, according to some sources.

“There are parts of the proposed scheme where we feel costs are too open-ended and have raised several concerns, particularly around labelling and littering,” said BFFF Chief Executive Richard Harrow. “In addition, we feel insufficient time has been provided to implement the new labelling requirements. Industry needs to ensure assessments can be completed, new labelling originated and procured, and existing stocks used. The assessment process as currently proposed would not begin until the scheme administrator is appointed in 2023.”

To prepare its response the BFFF worked closely with its Special Interest Group on Packaging, plus other trade bodies.

Harrow added: We also disagree that the labelling requirement should be placed on businesses who sell unfilled packaging directly to small businesses.,This would only work if the packaging sold is printed at the request of the obligated producer. If packaging is unprinted, responsibility can only rest with the producer as part of their subsequent product labelling. If this is not enacted, all plain packaging would need to be printed before sale, a financially and environmentally costly process.

“We strongly disagree that the costs of litter management should be borne by the producers of commonly littered items. The BFFF supports the view that littering is a criminal offense and businesses should not be expected to pay for clearing up after illegal behavior by citizens.”

While producers do have a part to play in terms of education and helping provide appropriate infrastructure, the BFFF believes the focus should be on behavioral campaigns and enforcement. Any payment from Industry should only be paid to councils that exercise rigid and effective enforcement.

Similarly, there is a suggestion that producers should be responsible for the costs of managing packaging waste produced by businesses. There is currently an effective system in place for most business waste being dealt with by private companies, and we see no reason to change this.

“Business waste responsibility should rest with businesses as it does now,” stated Harrow. “If further intervention is needed to enhance performance, this should follow the much more cost-effective plans being prepared by the waste management Industry. We urge BFFF members to lobby their local MP’s on the impact of the plastic tax and EPR.” 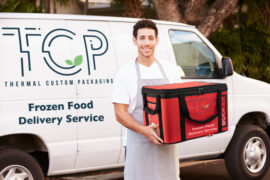 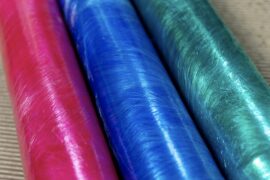 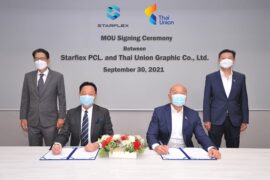