British Appetite for Southern-style US Barbecue Heats Up

As the 2014 barbecue season burns on, food coatings specialist Bowman Ingredients is already preparing to fire up taste buds with new flavors in the summer of 2015.

Researchers and food technologists at the company’s UK headquarters are currently cooking up ideas for BBQ food coatings that could well be hot favorites with consumers in Britain and beyond next year. Working well in advance of final launch dates, the company’s new product development (NPD) team is busy developing coatings aimed to drive the barbecue category forward in next year.

According to the Hitchin, Hertfordshire, England-based firm’s brain trust, the most influential culinary trend in the 2014 British BBQ category is regional flavors from the southern United States. This year has seen major retailers introduce meat products with the sweet, spicy, smoked and tomato southern accents of Louisiana, South Carolina, Texas, Kentucky and Tennessee.

“The barbecue coatings category is all about infusing meat with marinades and glazes to give big, full-on flavors, as seen in year’s trend for pork, beef, lamb and poultry infused with regional US flavors transferred to food retail from the restaurant industry,” said Richard Easey, Bowman Ingredients’ sales director. 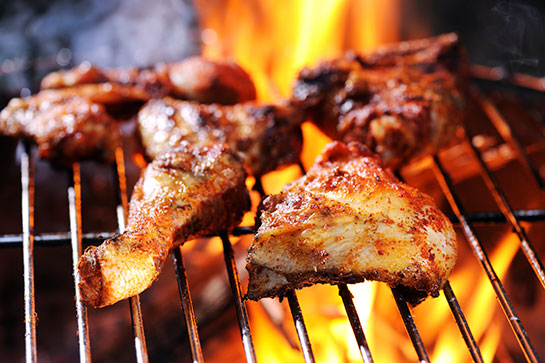 He added: “Over the past couple of years we have seen the rise of US-style BBQ restaurants, grills and smokehouses in London and other UK cities.  It is our job to look for trends in foodservice to help drive new product development for the food retail industry.”

As well as identifying flavor trends in the domestic foodservice sector, Bowman’s NPD team attends international food trade events to gain global market insight and garner ideas that can be tapped into for the creation of innovative new BBQ coatings.  The company’s test kitchen personnel then work in partnership with value-added food producers to develop products for supermarkets and quick service restaurant chains.

Bowman Ingredients is confident that the current culinary trend for US-style BBQ flavors will continue well into next summer.  It is also predicting the introduction of different flavors and seasonings, driven by a demand from British consumers for more adventurous barbecue meals.

“The barbecue market is growing in sophistication, with consumers looking to cook more flavorsome food than burgers and sausages when dining al fresco,” said Easey. “British consumers are more willing to try new flavors, and there is a growing trend towards spicier taste palates.”

The sales director added: “This year has seen continued growth in the street food category with a marked rise in the number of Vietnamese and Korean food outlets established in the UK. British consumers are becoming more adventurous and are looking for ways to add hotter, spicier flavors to meals.  We’re predicting that 2015 will see some fiery flavor trends from the international street food scene translate into new coatings products for the retail and QSR sector.”

About Bowman Ingredients
The well-established company produces a full line of coating systems for frozen and chilled food manufacturers, ranging from breadcrumbs and batter mixes to pre-dusts and dry mix marinades for value added meat, poultry, fish, potato and vegetable products. With roots dating back to its 1857 origin as a family-run milling business, Bowman Ingredients was established in 1992 as a food coatings specialist.  Today it has two plants in Britain as well as technical and manufacturing bases in South Africa and Australia, and a new operation in Thailand.