The British Frozen Food Federation (BFFF) has written to the Department for Environment Food & Rural Affairs (Defra) asking for an urgent increase in the coldwater prawn quota to avoid damaging UK processors and shortages at Christmas.

The trade association says that the current quota (No 052794) will soon be exhausted, meaning processors will be forced to import coldwater prawns at the full 20% rate of duty.

“Without an increase in the quota processors are going to be hit with another damaging cost increase which will have to be passed onto consumers. Unless it is remedied our members say stocks will run short before Christmas,” stated Richard Harrow, chief executive of the BFFF.

He continued: “The current quota ensures the UK seafood processing industry has access to a steady supply of tariff-free imported prawns at a competitive price. This year’s quota has almost been exhausted as post-Brexit, there is no trade agreement in place with Greenland, one of the most important suppliers. Whilst our members have been told to expect a trade deal to be signed in the next six months, this will come too late for the crucial Christmas trading period.

Harrow, who is also chairman of the Seafish Importers Forum, added: “When the quota is exhausted, processors will be forced to import at the full rate of duty of 20%, an extra cost that processors will have to pass on to the consumer. With the current cost of living crisis, this would be an unwelcome additional burden on all parts of the supply chain. This call for an increase in the quota also has the support of the UK Seafood Industry Alliance.” 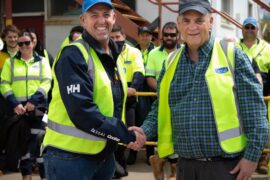 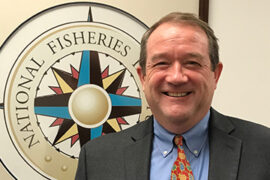