The hamburger restaurant business continues to sizzle in the United States, with roughly 1.6 eateries specializing in burger menus for every 10,000 Americans. CHD Expert, the Chicago-based foodservice data and analytics firm, has evaluated the market and uncovered recent developments that offer new insight into the sector. The findings have been published in a new report entitled 2015 Burger Trends. 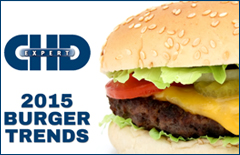 Hamburgers are a quintessential American comfort food, with both chains and unique independent operators serving up their versions of the favorite main dish. The history of the burger in the USA, as pointed out by author George Motz in his book on the subject, entitled Hamburger America, dates back to the turn of the last century when pan-fried chopped beef plate cuisine popularized in the German port city of the same name crossed the Atlantic with immigrants and evolved to be served on sliced bread from lunch carts on city streets, wagons outside factory gates and at state fairgrounds stands.

Fast forward to modern day America and one finds a proliferation of innovative chefs cooking gourmet burgers with high-end ingredients and unique toppings not imagined by yesteryear’s purveyors of stick-to-the-ribs hamburger, onions, potatoes and gravy dishes that fed working class. While upscale burgers are all the rage in 2015, chains still dominate the hamburger business in North America.

Almost 50% of the 92 hamburger chains in the USA are classified as Fast Casual, offering a trendier atmosphere and fresh ingredients while charging a higher price. The top five Quick Service chains in terms of number of units nationwide are McDonald’s, Burger King, Wendy’s, Sonic Drive-In and Jack In the Box.

Some nationally recognized operators, such as In-N-Out Burger and White Castle, enjoy cult-like followings that elevate their fare above consideration as just a simple quick meal. In-N-Out devotees are willing to cross state lines just to order the Double Double, perhaps an Animal Style burger, or any of the other items on the chain’s not-so-secret “secret menu.” In-N-Out has expanded beyond its California home base with locations in Arizona, Utah, Nevada, and Texas. The chain plans to open its first unit in Oregon later this year.

Sliders Chosen as Frozen Too! 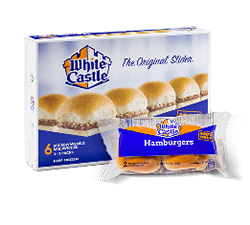 Nearly 100 years ago, White Castle standardized the hamburger and pioneered the fast food model in America, becoming the first widely recognized chain burger restaurant. The chain’s Sliders (which debuted in 1921) are known for being small, but its cult-like following is larger than life, as demonstrated in the film Harold & Kumar Go to White Castle, and the availability of White Castle hamburgers in the frozen food aisles of grocery stores nationwide. Hungry customers can get their fix without leaving their kitchens or lifting a spatula.

Other regional chains may not inspire the same fanaticism, but they still have a huge footprint in the areas they serve. For example, with more than 700 locations, the burger Whataburger chain has penetrated 10 states, with more than 80% of the units located in its home state of Texas.

Within the entire US Limited Service Restaurants (LSR) landscape, Hamburger Menu Type makes up over 14% of the scene, second only to the Pizza Menu Type. The trend of creating the “better burger” in the industry is evident in the ongoing competition in this category.

“The burger market in the United States is a multi billion dollar business,” said Brad Bloom, vice president of sales and marketing at CHD Expert. “Americans visit hamburger restaurants en masse and have turned many of the top burger restaurants into household names. As this landscape continues to expand, new opportunities for generating profitability begin to present themselves to manufacturers and suppliers. Each new trend represents a new opportunity for growth, be it with a new start up concept restaurant or an established chain.”

More detailed information on hamburger restaurants and foodservice data in general is available by contacting Bloom at: brad@chd-expert.com 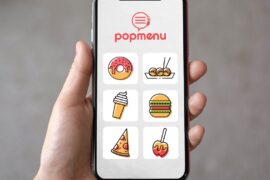 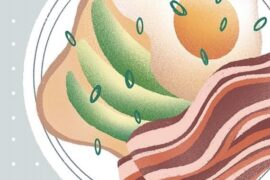 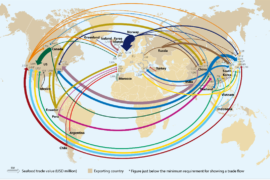