Bangkok, Thailand-headquartered Charoen Pokphand Foods (CP Foods) has dispatched the first consignment of poultry products to Saudi Arabia since 2004, after five of its chicken plants received a green light from the Saudi Food & Drug Authority to export frozen, chilled and processed chicken to the Kingdom. The shipment took place just two weeks after Saudi Arabia lifted an 18-year ban on Thai chicken and egg imports.

Jurin said that Thailand’s chicken industry has made a monumental step in the Middle East, thanks to the Prime Minister’s historic visit to Saudi Arabia and the continuous efforts to restore diplomatic ties by the Ministry of Commerce Ministry of Agriculture and Cooperatives and the Ministry of Foreign Affairs. The Minister also gave thanks to the Central Islamic Committee of Thailand for helping the government to develop Thai chicken production in accordance with Halal standards.

“Congratulations to CP Foods for being the first company to export chicken products to Saudi Arabia. It is a new era for Thai and Saudi trade. Thailand aims to export 10,000 tons of chicken to Saudi Arabia this year, which will help increase the value of Thai broiler exports abroad,” stated  Jurin.

Thailand aims to export broiler meat to the world totaling 980,000 in 2022, an increase of 7% from the previous year. The Saudis will be one of the most important and largest markets in the Middle East, especially for Halal products. When the counting is done for March, it is expected that CP Foods exports of chicken products to the Kingdom will have weighted in at 600 tons worth 47 million baht.

With a population of 36.5 million people, Saudi Arabia is the country with the highest proportion of food imports among the Gulf Corporation Council and will be the largest importer of chicken from Thailand in the Middle East. The Thai broiler industry expects to gain a 10% to 15% share of total market share in the country. 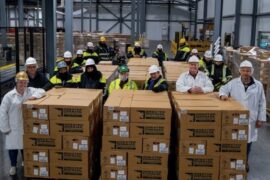 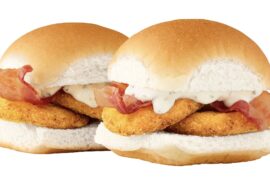 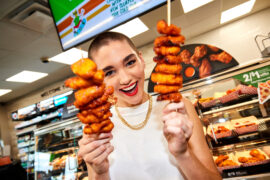