Frozen food is cool again, particularly among the 22 to 37-year-old millennial generation in the United States and Canada, according to Kellogg Co. CEO Steven A. Cahillane. His Battle Creek, Michigan-headquartered company, best known for shelf stable breakfast cereals, is pumped that sales of Eggo brand frozen waffles and MorningStar Farms veggie burgers have been, as Frosted Flakes cartoon character Tony the Tiger would say: “GREAT!” Indeed, volume was up 10% during the first quarter. 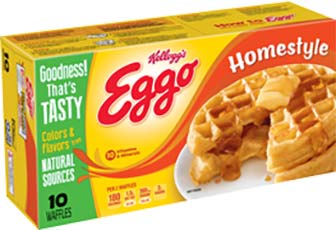 “Frozen foods categories are outpacing grocery overall, especially with millennials, who consider frozen closest to fresh, and who prize its convenience and value. We expect frozen food to continue to grow, even as its begins to lap its year-ago acceleration, in coming quarters,” Cahillane commented during a recent earnings conference call.

The company, which sells Pringles potato chips, Pop-Tarts, Keebler cookies, Town House crackers and a raft of other snack foods in addition cereals and frozen products, saw revenue rise almost 5% to $3.4 billion during Q1. Net income amounted to $444 million, up considerably from $266 million generated during the first quarter of 2017.

“I am bullish on our frozen business,” Cahillane told Kenneth Goldman of JPMorgan Securities during the earnings call, when asked if the company has plans to scale up its presence in the frozen sector with acquisitions. “I don’t think we’re disadvantaged in scale in any way, because both brands are growing at double digits. So we like the scale.”

The chief executive officer continued: “It’s not to say that we wouldn’t think about opportunities to scale up, but right now, we’ve got plans in place to really grow these businesses in meaningful ways that contribute to the top line and bottom line of the company.”

Rising Tides Near and Far

Meanwhile, a flurry of other positive reports on both sides of the Atlantic bode overall well for the retail frozen food business in North America and Europe.

The growing appetite for Conagra Brands’ frozen ready meals and entrees in the USA translated to a 21% increase in sales over the 12-week period through March 10, according to an advisory from the RBC Capital Markets global investment bank. Revenues for Chicago, Illinois-headquartered Conagra’s popular Banquet and Marie Callender’s lines advanced 13% and 12%, respectively.

In Europe, where the savory frozen food retail market worth approximately €25 billion in 2017, sales during the current year ending in February of 2018 rose in five of six major markets: Germany (valued overall at €10.1 billion), the United Kingdom (€5.5 billion), Spain, the Netherlands and Italy.

“Consumer perceptions are changing as studies show although fresh food is best at harvest, that freshness quickly depletes. Food quickly frozen after harvest is able to retain a lot of nutrients,” said Abotorabi. “Italy is one market where consumers are intent on ensuring freshness of produce but they are becoming more open to frozen. Fish, for example, is growing in volume at 4.3% – well ahead of the sector as a whole at 1.2%.” 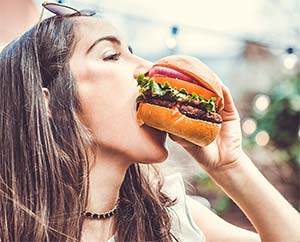 As FrozenFoodsBiz.com has emphasized time and again, consumers are bigger fans of frozen foods than they realize or admit. Just look at the smiles on faces of children of all ages eating ice cream, and see the satisfaction of folks enjoying previously frozen shrimp, pizza or steak and french fries. Always remember, dear reader that the opposite of fresh is not frozen. The opposite of both fresh and frozen is rotten.