Tönnies Holding of Germany and China’s Dekon Group, a subsidiary of the West Hope Group, are launching a joint venture to construct a state-of-the-art hog slaughter and butchering center in the Sichuan region of the PRC. Initial capacity will be in the range of two million pigs per annum, with phase two boosting throughput to six million.

The €500 million investment will establish the first pork meat production site outside of Europe for Rheda-Wiedenbrück-headquartered Tönnies, a family-owned company that employs approximately 16,500 people and generated sales of €6.65 billion in 2018.

“We are proud to be starting a new chapter in our company history together with the Dekon Group,” said Tönnies CEO Andres Ruff during a memo of understanding signing at the Western China International Fair in Chengdu. “With our competence in the slaughter and butchering of pigs and our knowledge of the prerequisites, safety and hygiene in food production, we can further consolidate pork production for the Chinese market.”

The two partners will set up a new abattoir and associated butchering business for pork in the Sichuan region. It is designed for approximately two million pigs and is constructed according to the model of the Tönnies businesses in Germany. Around €150 million out of the total investment of €500 million will be dedicated to the slaughter and cutting center.

“In Sichuan, the first plant is being constructed in compliance with the European standard for pork products. From breeding to slaughtering to processing, we will achieve complete integration in food production,” said Dekon Group CEO Wang Degen after the signing. 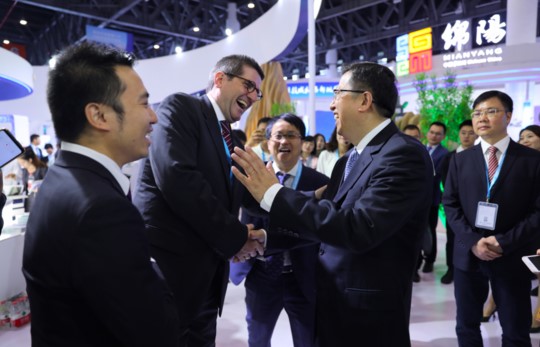 Tönnies CEO Andres Ruff and Dekon CEO are all smiles after sealing the deal.

“The demand for pork in China and many other Asian countries is great and will continue to grow in the coming decades,” said Clemens Tönnies, managing partner of Tönnies Holding. “This joint venture is the next step in our internationalization. We are bringing our knowledge of food production based on German standards to the world and strengthening the quality and safety of the supply in China.”

The Chinese food market is currently in a state of transition. African swine fever has forced the culling of hogs in parts of the country, and a spike in wholesale prices to record highs due to short supply last week prompted the central government to authorize the auctioning of 10,000 tons of frozen pork from reserve stocks.

The issue of food safety has loomed large for some time in China. Agricultural companies whose bio-safety corresponds to strict standards established and mandatory in the West are increasingly replacing micro-businesses and backyard farms. Meanwhile, a number of policies were announced earlier this month aimed at supporting national hog production. Measures include subsidies to support the construction of large pig farms. 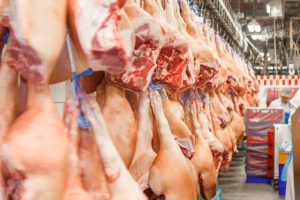 “We want to make use the spirit of optimism in China and produce quality meat for the Chinese market,” said Ruff. He added that the foundation stone for the Tönnies-Dekon pork production center is to be laid as soon as possible in 2020.

Founded in 1971, Tönnies is a multi-tier commercial enterprise in the food industry active in many meat markets around the world. It operates 19 production plants in Germany, three each in both Great Britain and Poland, two in Denmark, and one each in France and Spain.

The company is split into eight divisions: Meat Pork, Meat Beef, Convenience, Sausages, Ingredients, International, Logistics and Central Services. At the forefront in the Convenience division is the Tillmans brand of value-added consumer products, including a wide variety frozen snack items and appetizers.

Chengdu-headquartered West Hope Group, parent company of Dekon Group, is a diversified business that ranks as the biggest animal feed manufacturer in Sichuan Province. Chen Yuxin, its enterprising chairman, has a personal fortune worth more than US $1 billion, according to Bloomberg. His conglomerate split off the feed business in 2005 as Sichuan Tequ Investment, a partnership with closely held Pu Hua Agriculture & Technology.