Hope Dashed for Rescheduling this Year’s Seafood Expo in Brussels

It’s official. The 2020 Seafood Expo Global/Seafood Processing Global exposition is the latest trade show casualty of the novel caronavirus (SARS-CoV-2) epidemic plaguing the world with death and destruction. It was hoped that the fair, slated for April 21-23 in Brussels, could have been rescheduled for later in the year, but such was not to be.

“Given the recent announcement that the limitation on large gatherings in Brussels has been extended through August 31, and the ongoing impacts of Covid-19, including global travel restrictions, and the broad need to practice physical distancing, we have concluded it is impossible to hold the event. The complexities of organizing a safe, global, seafood event drawing seafood professionals from more than 158 countries in the midst of a pandemic pose too many insurmountable hurdles, ” said Liz Plizga, group vice president of Diversified Communications, the show’s organizing company.

Her statement on April 16 came a day after Belgian Prime Minister Sophie Wilmes extended coronavirus emergency restrictions in the country until at least May 3 as well as a ban on large organized events, including trade shows, until September or later. The death toll attributed to the Covid-19 respiratory disease caused by the virus has surpassed 4,800 in Belgium and 144,000 worldwide.

The ill fated 28th running of the Brussels fair would likely have been the last in the city of its origin, as the 2021 show is set for April 27-29 in Barcelona, Spain.

“If you purchased a registration ticket to attend the 2020 edition in April, your registration to the exhibit hall will automatically be applied to the 2021 edition in Barcelona,” advised Plizga. “Once the 2021 registration is opened later this fall, you will receive communications from us about your rolled over registration.” 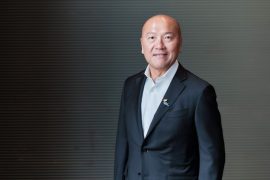 Thai Union Q2 Profit Up, Even as Frozen and Chilled Seafood Sales Dip 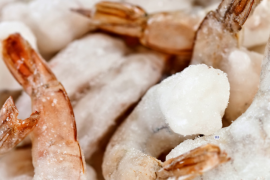 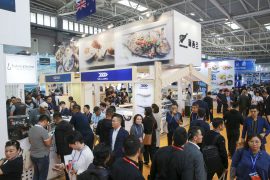