The Iceland frozen food specialty retailer in the United Kingdom is on schedule to reduce plastic usage in its stores through several initiatives that will together eliminate over 3,000 tons of such packaging and food conveyance material from its distribution system every year. This substantial reduction is being achieved by implementing a number of changes, both to food packaging and in-store operations, which will come into full effect at the start of 2019. 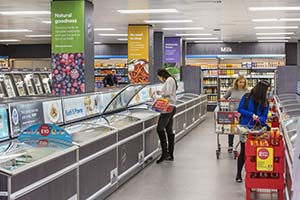 The Deeside, Wales-headquartered chain will eliminate plastic from its egg packaging by early 2019, replacing it with containers made from paper pulp. This change will remove 600 tons of plastic a year. It follows the retailer’s recent launch of the UK’s first plastic-free packaged bananas, which will remove 10 million single-use plastic bags a year, a further annual plastic saving of 57 tons.

Beginning this month, Iceland no longer provides customers with single-use plastic carrier bags in its stores, following a successful three-month trial that commenced in July. This move alone will reduce the chain’s plastic use by over 1,600 tons per year.

The plastic bags have been replaced with sacks made from post-consumer waste, for which customers are obliged to pay 10p per unit. Iceland’s trial of alternative paper carrier bags continues, now extending to stores in Penzance and Maghull following an initial launch across the Merseyside region earlier this year.

The retailer is also finding ways to remove plastics from retail operations across its 900 plus stores, and will eliminate plastic tubes from its till rolls by the end of the year; a saving of over 600,000 tubes annually.

These new reductions follow Iceland’s initial success in replacing black plastic frozen meal trays with paper-based alternatives, which has saved 850 tons of plastic per annum to date. This means that the UK supermarket will reduce its total plastic usage by over 3,000 tons a year within 12 months of making its plastic commitment on January 16, 2018. Iceland remains on track to remove a total of 100 million black plastic trays from manufacturing by the end of this year.
“We are leaving no stone left unturned when searching for ways to reduce our plastic footprint across our own label packaging and in our stores, and continue to make strong progress in making significant reductions,” said Managing Director Richard Walker. “We are working hard behind the scenes to fulfill our ambitious commitment and to remove plastic from all own label packaging by 2023.” 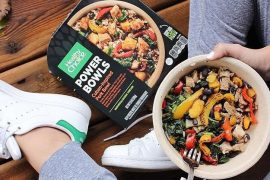 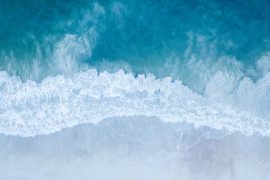