Iceland Foods has reported a 2.7% sales decline, to £2.675 billion, for the 52-week year-on-year period that ended on March 26. Adjusted EBITA (excluding exceptional items) amounted to $150.2 million, showing a slight improvement driven primarily by a strengthening of gross margins and control of operating costs.

Capital expenditure during the year rose to £63.5 million, up from £28.9 million in 2015.) This included major investments in a new electronic point of sale system, the introduction of LED lighting across all stores, and modernization of the company’s Manchester manufacturing facility.

As the overall sales drop was less than the 4.4% slide registered during the previous year, Malcolm Walker, chairman and ceo of the Deeside, Flintshire, UK headquartered frozen food retail chain, was upbeat when announcing the results on June 10.

“We have achieved good progress with a range of strategic initiatives designed to differentiate our business, and stabilize our financial performance, in what remains an extremely challenging UK marketplace,” he said. “Our ‘Power of Frozen’ marketing campaign is successfully re-¬emphasizing our long-¬established credentials as the UK’s leading frozen food specialist. It is also helping to improve public perceptions of frozen food by underlining the real advantages only it can offer to consumers in quality, authenticity, freshness, choice, convenience and waste reduction as well as in providing consistently good value.”

This new marketing approach has been combined with Iceland’s biggest-¬ever program of product development and enhancement, bringing many new distinctive and exclusive frozen lines into its stores, including the Slimming World range which was launched in February of 2015 and has grown into Britain’s number one healthy eating brand. 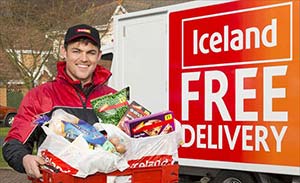 Building on 20 years of expertise in home delivery, Iceland has developed a fast–growing online business that has been recognized in an independent survey as offering the best customer service in the United Kingdom. The company, which employs over 22,300 people system wide, makes 200,000 home deliveries to customers in the UK.

Iceland has also begun an accelerated roll¬out of its larger store concept, The Food Warehouse, operating at retail parks where foot traffic is growing faster than at outlets in traditional high street locations. These outlets target families and bulk buyers, as well as persons engaged in small- to mid-size foodservice businesses.

“Together these initiatives have delivered a moderation of the decline in our like–for-¬like sales, the planned stabilization of our EBITDA and continued strong cash generation,” said Walker. “Our like-¬for-¬like performance principally reflected a reduction in total customer transactions, partly offset by an increase in our average basket values. We benefited from sales generated by the nine net new stores opened during the year, and by the net 28 new stores opened in the previous financial year.”

The UK food retail market remained exceptionally challenging throughout the year, due to the combination of intense competition, food price deflation and changing consumer shopping patterns. The “Big Four” food retailers in Britain have continued to be impacted by an array of competitors including limited assortment discounters, pound shops, convenience stores, more upmarket specialists and online retailers.
Iceland has been affected by the decline in high street footfall and a reduction in smaller basket sales because of the wide range of alternative outlets now offering everyday top-¬up shopping lines at deeply discounted prices. 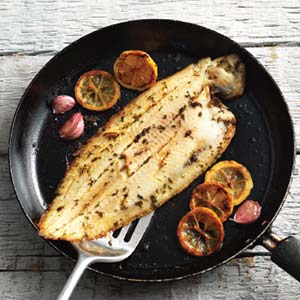 “Against this background, we have maintained our focus on highly competitive pricing and also sought to give consumers even more reasons to shop at Iceland through a major program of new product development, coupled with our ‘Power of Frozen’ marketing campaign,” said Walker. “One of our most successful initiatives has been a major expansion of our frozen fish and seafood range beyond the traditional British staples of cod and haddock to include lines such as sea bass, scallops, lobsters, Dover sole, red mullet, monkfish and red snapper. The quality and value that we can deliver by freezing fish at sea ensures that we can consistently outclass purportedly “fresh” fish offered by our competitors, much of which has in any case been previously frozen and defrosted for sale. All our new lines have been well received by customers across all demographics and in every part of the UK.”

The company reported having “also achieved great success” with the Slimming World range of prepared meals, soups and sauces, developed in conjunction with Slimming World and produced at the Iceland Foods facility in Manchester. Since launch of the first lines in February of 2015, this has become the UK’s fastest–growing prepared meal range and by far the country’s biggest healthy eating brand.

New ranges of Iceland frozen premium prepared meals, “superfoods,” soups and gourmet pizzas rolled out during the year have also performed well, while the chain’s new luxury range of starters, main courses, accompaniments and desserts helped to deliver a strong performance in the frozen food category over the key Christmas trading period.

Throughout the year Iceland has supported its brand with a substantially increased investment in marketing and public relations. The “Power of Frozen” campaign has embraced national TV advertising, billboards, press advertising and door drops, promoting the advantages of frozen food.

“Because it’s frozen, we are able to bring our customers top quality food from around the world at truly amazing prices: food that not only tastes good but also has authentic provenance, such as our genuine Italian pizzas and gelato,” said Walker. “Freezing minimizes the need for artificial additives and preservatives, helping our customers to eat more naturally and healthily. It also substantially reduces the amount of food that households waste, which is good for the environment as well as saving money.” 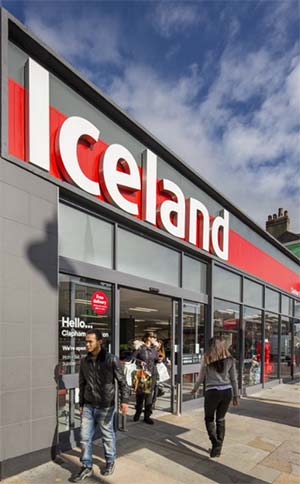 During the past year Iceland opened 16 new stores in the UK (including six larger operations under The Food Warehouse fascia) and closed 11 units, resulting in a net gain of five outlets and a total of 864 UK stores (including 12 Food Warehouse stores) at the year-¬end. Elsewhere, two new stores were opened in the Republic of Ireland and one in the Czech Republic, making for a net addition of nine stores across the group as a whole, and a grand total of 881.

The number of Food Warehouse operations doubled from six to 12 during the year. These stores are based on a 10,000-square-foot concept (more than twice the size of the average Iceland store) doing business at retail parks, and designed to operate at a substantially lower cost than the traditional Iceland store model.

As well as the full Iceland range of frozen and chilled products, warehouse stores offer extended ranges of luxury and specialty frozen food, chilled meat and fresh produce, and a wide selection of value bulk packs of grocery products.

The company has also successfully tested a larger 15,000-square-foot store carrying a wider range of general merchandise. All the outlets are trading successfully and the concept has proved a valuable test-bed for initiatives in ranging and store operation that have then been applied across the Iceland core estate.