Gelato Fiasco’s Ripe Mango Sorbetto has been named a 2016 Sofi Awards winner in the Ice Cream, Gelato and Frozen Treat category by the New York-headquartered Specialty Foods Association. It is among 28 top prize selections and 100 finalists across 28 categories that will be recognized during the June 26-28 Fancy Food Show at the Javits Center in New York City. Creamy, smooth Alphonso mangoes are used to make what the producer calls “one of the world’s most seductive sorbetto flavors.” The hand-packed product is distributed in pint containers.

All of the Brunswick, Maine-based company’s sorbetto and gelato flavors are made in small batches from scratch. Ingredients include locally-sourced dairy and natural cane sugar, fresh fruits, roasted nuts and high-quality candies and confections. 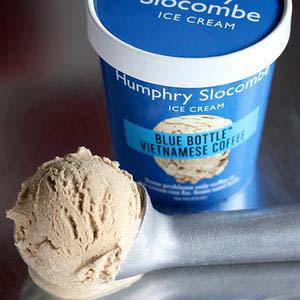 Humphry Slocombe’s version of a traditional Vietnamese coffee ice cream is a complex blend organic coffee with sweetened, condensed milk and chicory. Other products in the line range from Peanut Butter Fudge Ripple and Honey Gram to Rhubarb Sorbet and Sour Cherry Yogurt. 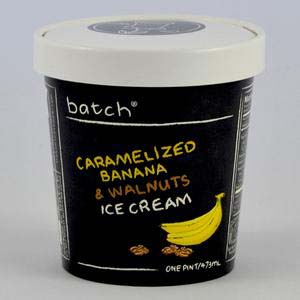 Founded as a scoop shop by Jake Godby and Sean Vahey in 2008, the company’s name was inspired by the two lead characters (Mr. Humphries and Mrs. Slocombe) from 1970’s British sitcom TV show, “Are You Being Served?”

Caramelized Banana & Walnuts Ice Cream from Batch is created from scratch with ripe bananas rolled in brown sugar and butter and then roasted until they’re soft and dripping in amber colored caramel. Additive-free ice cream with a sprinkle of walnuts serves as the base for the treat, which is described by the producer as “banana bread in a pint.”

All Batch ice cream flavors are crafted exclusively with real ingredients such as vanilla beans, cinnamon sticks and handmade caramel, rather than extracts or flavoring. Lab-developed additives are never used, nor are artificial colors, fake flavors, or corn syrup of any kind.

Since 1972, Sofi (which stands for Specialty Outstanding Food Innovation) Awards have been recognized as the top honor in the $120.5 billion specialty food industry. For two weeks in May 2016 a panel of judges tasted and evaluated a record 3,200 entries and scored each on excellence of taste and ingredients. In all, 46 judges including chefs, culinary instructors, recipe developers, food journalists and specialty food buyers participated in the selection process.