Novi, Michigan, United States-headquartered Lineage Logistics has announced two recent acquisitions, one in the Southwest Pacific and the other in Southern Europe. Terms for the purchases of Nelson, New Zealand-based Cold Storage Nelson (CSN) and Murcia, Spain-headquartered Grupo Fuentes were not disclosed.

Rivera added that expanding the company’s footprint in the Asia-Pacific region through New Zealand, as a major primary produce exporting nation, has been a long-term strategic goal. Lineage in New Zealand now has integrated assets in Auckland, Tauranga, Hawkes Bay, Nelson, Christchurch, Timaru and Dunedin.

Grupo Fuentes operates a fleet of over 500 vehicles and trailers, six logistics centers, a cold storage warehouse, and services supporting those facilities. It is also a founding member of Reefer Terminal, a strategic partnership to create an intermodal transportation platform combining road and rail cold-storage transport services.  “My father started the company with just one truck more than 30 years ago and the business has grown into one of Spain’s leading providers of transportation and logistics services,” said CEO Rafael Fuentes. “I am proud to look forward to having the company join Lineage, as part of a global group at the forefront of innovation in the sector.”

The Fuentes family is expected to continue to lead Lineage’s business in Spain, and will play a leading role in operations in that country and in the expansion of Lineage’s road transportation network across Europe.

Harld Peters, Lineage’s president of European operations, stated: “Spain is a major food producer in Europe, and our expanded presence there through the acquisition of Grupo Fuentes will allow us to manage a strategic connection between Southern Europe and Northern Europe, where Lineage has a strong existing footprint. Grupo Fuentes will accelerate our ongoing expansion into transport services, which will enable us to deliver end-to-end solutions for our customers throughout the Lineage network and Europe broadly.

”  In addition to its headquarters in Murcia, Grupo Fuentes has offices in Galicia, Madrid, Navarra, Valencia and the Netherlands. The company services some of Spain’s major food and retail companies as customers, with a significant share of the business providing cold storage, transport, and international shipping services covering Belgium, France, Germany, Italy, the Netherlands, Portugal and the UK.

Lineage first entered Spain in May of 2021, with the acquisition of Frigoríficos de Navarra warehouses in Navarra and Asturias. The purchase of Grupo Fuentes and its transport fleet is a further complement to the recent expansion of its European warehouse facilities. 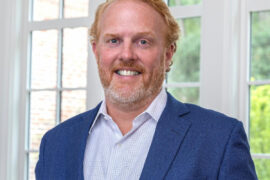 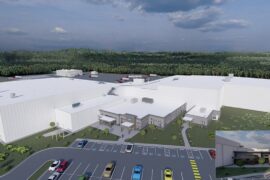 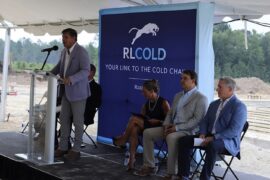