McCain Foods has announced an investment of US $200 million to build a second potato processing factory in China. The facility will be located in Yangling Agriculture Hi-Tech Development Zone in Xianyang, Shaanxi Province.

Established in the PRC for 26 years, McCain Foods Limited is a leading supplier of frozen potato products to China’s Western-style and Asian foodservice customers, and more recently to the retail sector. Its value-added product offerings, which range from french fries to potato specialties, are on the menus of restaurants across the nation. 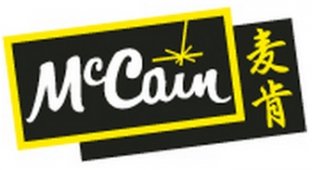 Headquartered in Canada and operating 51 frozen food production facilities around the world that serve customers in 160 countries, the family-owned company’s China business is directed from Shanghai and employs approximately 400 people. McCain has been processing potatoes at a plant in Harbin, the capital of Northeast China’s Heilongjiang Province, since 2005. The initial US $32 million investment 15 years ago paid for construction of a 7.5 ton per hour capacity factory and two associated potato storage facilities.

“Through increased capacity and specialized production capability, working closely with local farmers to source high quality raw potatoes, McCain Foods will continue to lead innovation in frozen potato products that meet growing market demand for locally prepared products across a range of cuisines,” stated a press release issued by the company on December 12.

According to a recent GAIN report published by the United States Department of Agriculture: “China’s MY 2020/21 frozen french fries production is forecast higher by 10% at 330,000 metric tons in response to increased domestic demand.”

During the same period, the report adds: “Frozen french fry imports are forecast lower by 10% at 96,000 metric tons due to importers concerns regarding testing for Covid-19 on imported frozen foods.” 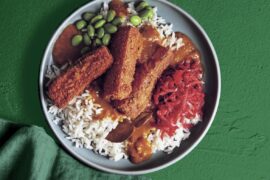