Ministers of Investment and Trade were on hand recently to open a new production line at the Farm Frites frozen french fry factory in the 10th of Ramadan City in Sharqia governorate. The Dutch company has invested US $40 million in the expansion, which occupies an area of 9,300 square meters.

Ahmed Seddik, managing director of Farm Frites Egypt, said he is happy to launch the new production line, which has been built in line with the latest manufacturing and packaging technology in the region.

After attending the inauguration ceremony, Investment Minister Sahar Nasr said that Farm Frites’ enhancement of operations in Egypt is strong evidence that the investment climate is improving in the country.

Companies from the Netherlands have investments of US $10 billion in Egypt, she said, adding that Farm Frites will benefit from the recent amendments to the investment law. 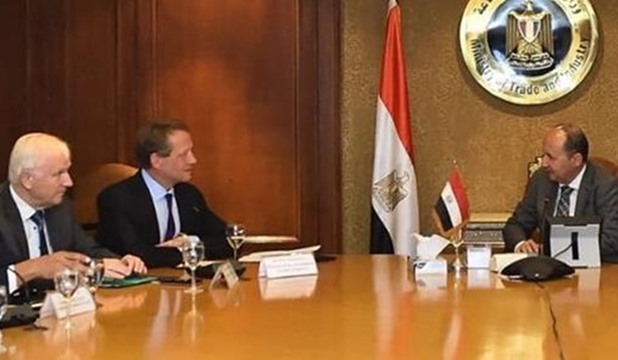 The new production line will help Farm Frites to broaden its presence in the country as the largest producer of value-added potato products, with output capacity of more than 150,000 tons per year, she noted.

Nasr added that her ministry is keen on providing all incentives and facilitation for exporters to help them increase their investments in Egypt.

“The government is committed to removing any obstacles to the private sector,” she said.

Nasr invited Farm Frites CEO Piet de Bruijne and Dutch investors in Egypt to take part in an Africa business conference, which will be held under the auspices of President Abdel Fattah El Sisi later this year.

For his part, Trade and Industry Minister Amr Nassar said the food industry sector is one of Egypt’s key economy drivers, which creates over one million jobs for workers.

He added that food exports in 2018 hit US $2.8 billion, stressing that his ministry is keen on raising the standards of efficiency and safety in the food sector.