For the seventh year in a row, Hampshire, England-based New Forest Ice Cream has been saluted in the Guild of Fine Foods-organized Great Taste Awards. Dairy Iced Latte, one of the newest flavors in its range, received a prestigious gold star in the 2018 competition. 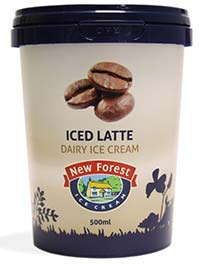 The contest, which celebrates the best in food and drink from the United Kingdom’s independent farms, producers and manufactures, had more than 12,500 entries in the running this year. Only 25% of the large field earned gold stars.

Products are blind-judged on flavor, texture and appearance by food critics, chefs, restaurant operators and journalists. Among accolades heaped on Dairy Iced Latte by the jurists were the following: “An intense real roast coffee flavor. Appetizing, creamy coffee-colored ice cream. Deep coffee notes on the palate. The ice cream has an attractive coffee color. It is smooth, well made.”

“The Great Taste Awards are recognized as being the most coveted in the food industry,” said Christina Veal, director of New Forest Ice Cream. “For our family-run company to have achieved such outstanding success over the past seven years is testament to the continued hard work and dedication of our team.” 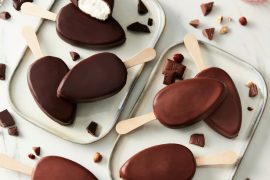 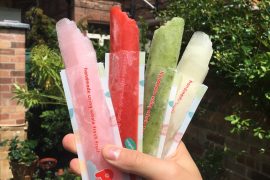