John Connelly (pictured above), president of the McLean Virginia-headquartered National Fisheries Institute (NFI), the USA’s largest trade association representing the commercial fish and seafood industry, discussed new research findings and consumer confusion about the content of plant-based imitation seafood products in an article published in the St. Louis Post-Dispatch on February 29. FrozenFoodsBiz.com, having received the op-ed piece from NFI on March 1, offers it to our readers below.

Everyone knows spinach is a great source of iron. It is a simple fact, embedded as much in American nutritional knowledge as it is in pop culture. The original strong man himself, Popeye, famously fortified his hasty muscles with the iron found in spinach.

The only thing is, spinach is not really that high in iron. In fact, other leafy greens like broccoli and Brussels sprouts deliver almost the same steely dietary punch. The prominent iron content in spinach is essentially a myth that is rarely unpacked and even perpetuated by those who rely on hearsay and cartoon heroes rather than empirical evidence.

This same type of crowd has pushed back against attempts to properly label plant-based alternative products, insisting that stronger regulatory oversight is not needed because consumers just know what they’re getting. They have even bristled at the suggestion that these items should be called “imitation,” despite the fact that they are unabashedly imitations.

A new study, commissioned by the seafood community and conducted by FoodMinds, finds that consumers do not understand the unregulated packaging and labeling of these products that attempt to mimic seafood. Between 29% and 35% of consumers surveyed believed plant-based imitation seafood products contained actual seafood. And an additional 6% to 8% were simply unsure what they contained.

Proponents of unrestricted labeling have called the issue a “semantic squabble,” having done no research whatsoever to determine the impact of the squabble on consumers. The fact is about 40% of consumers tested were either confused by the imitation plant-based food labels or were directly misled. Four percent would have been too much; 40% is a call for government to enforce clarity.

Proponents of limitless labeling argue that simply calling these products imitation is “particularly troubling” because it suggests they are nutritionally inferior. In the latest study, three of the five plant-based alternative seafood products were less nutritious than their real counterparts, with less protein, more total and saturated fat, and more sodium. Yet between 55% and 59% of the respondents thought they all had similar nutritional content as actual fish.

Labels that promote “vegan shrimp” but contain no shrimp or creatively spelled fake tuna products that contain no seafood are confusing consumers. These products should be labeled with what is in the package not with what marketers hope consumers believe is in there. Labels should be clear and accurate.

Some plant-based alternative products and their vegan alchemists even claim in court that they have a right to call their vegetable amalgamations whatever they want. They argue, “First Amendment jurisprudence makes clear that if the government intends to restrict corporate speech, it must further a legitimate government purpose.” In what society is not a proper government role to ensure that consumers get the food that a label claims is in the package? The government has a legitimate interest in ensuring accurate labeling of foods. Otherwise, why not call ground meat filet mignon?

Would regulators allow Kia to produce a car it simply decided to call a Tesla but was not fancy, not electric, and had no brand relationship to the other well-known automaker? Could Kia argue in court its First Amendment rights were being infringed upon by regulation that stopped it from stealing another product’s identity? A case like this would be laughed out of court.

Plant-based alternative products that attempt to mimic seafood have a place in today’s grocery store and on the modern menu. There is undoubtedly room for them in a space that is trying to feed a growing world. Nevertheless, there is little room for the alternative regulatory reality they seek when it comes to labeling. Meanwhile, the glib contention from academics, with no empirical evidence, that consumers know what they are getting is quite simply wrong. 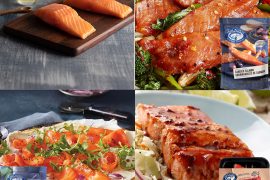 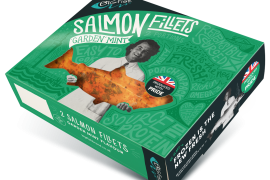 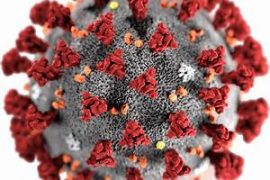 No Proof of Coronavirus Transmittal Via Food Packaging, Says FDA