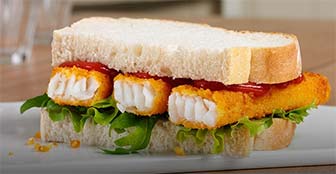 Surf’s up for the frozen food industry, as a rising tide of retail sales is taking place on both sides of the Atlantic. The good news will no doubt surprise a number of analysts who have underestimated the sector’s prospects in recent years.

The latest evidence was presented by Nomad Foods on November 28, as the Feltham, England-headquartered producer and marketer of Birds Eye, Iglo and Findus brands in Europe posted organic growth of 5.9% and a 4.4% revenue increase to €459 million for the third quarter of 2017. Gross profit rose 8.6% to €139 million, and reported profit for the period amounted to €42 million. 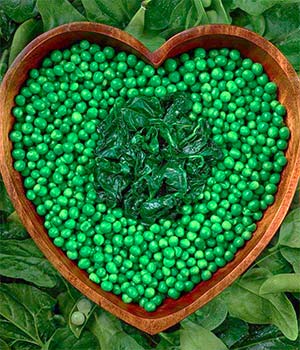 The company is the leading branded frozen food player in Western Europe, with annual sales of over €2 billion. Last year it claimed almost 26% of the value-added frozen fish market and over 24% of the frozen vegetable sector. Sales value for the two categories amounted to €760 million (39% of total receipts) and 383 million (20%), respectively.

On the frozen ready meals and value-added poultry fronts, Nomad brands accounted for 14.3% and 21.8% of the European market, with 2016 sales hitting €198 million and €166 million, respectively.

“Third quarter results reflect another quarter of solid execution and further validation of our growth strategy,” said Noam Gottesman, Nomad Foods’ co-chairman and founder. “Our momentum is underpinned by a strong balance sheet and a portfolio of iconic, market-leading brands. As a result, we continue to be encouraged by our growth prospects within European frozen and beyond.” 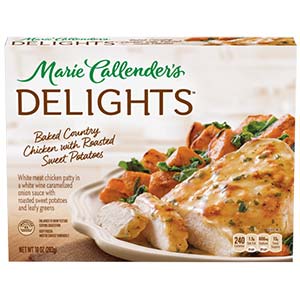 Two weeks before, in New York City, Conagra Brands CEO Sean Connolly told the Morgan Stanley Consumer Staples & Retail Conference that he expects to see the frozen category in the United States continue to grow for many years to come. The reason for his optimism is – surprise! – is the Millennial Generation. This demographic of approximately 75 million consumers is generally defined as people born between the early 1980s and mid-90s – otherwise known as 22- to 37-year-olds.

“They don’t know if they’re going out for beer and Buffalo wings, or if they’re going to be eating a pre-planned dinner, so it’s a last-minute, spontaneous decision. And having a meal on call in the freezer when you’re ready, we believe, is a huge opportunity,” said Connolly.

“When we think about Millennials shopping in frozen, the notion of them wanting to buy a meal at 88-cents doesn’t compute because their latte costs $4.37,” Connolly pack.

That’s why Conagra has raised both the quality and price of Banquet entrees, which in the not too distant past were almost exclusively targeted at bargain-minded customers and sold for under a dollar per unit.

According to Nielsen retail data, sales of frozen ready meals in the United States were up 2% for the 52-week period that ended on October 28. That’s a rebound of 4.3% over volume during the same period in 2014, when sales fell by 2.3%.

While Conagra has reported solid growth for revitalized Banquet, Healthy Choice and Marie Callender’s lines, the momentum has slowed a tad recently, according to Nielsen. And overall the diversified food company has seen sales and share value slide a bit, but that does not worry Connolly.

“It’s a mix, but I would tell you that we are real excited about the innovation slate we’ve got out there now,” he stated. “But our mantra back at the home office is: ‘What’s next?’ Because we know next year’s got to be even bigger, and the year after that has to be bigger than that. So our foot is squarely on the gas when it comes to innovation.”

During an earnings conference call on November 28, Nomad Foods CEO Stephan Descheemaeker reported that the company experienced organic revenue growth in 10 of its 13 core markets in the third quarter. The strongest gain was scored in Germany at 19.3%, while France advanced by 11%, Italy was up 7.5%, and the United Kingdom rose 2.5%. All other countries combined registered a cumulative 3.5% gain, though a number of them entered -1% to -2% territory.

Like his American counterpart at ConAgra Brands, Descheemaeker is bullish about future business prospects.

“Our category, savory frozen food, aligns well with changing customer preferences and continues to grow across Western Europe,” he commented. “Our iconic portfolio of frozen food brands has number one and number two market share positions across 85% of our core markets.” 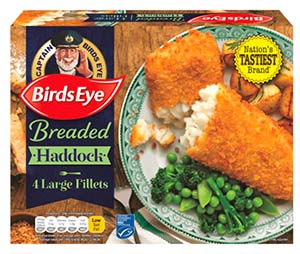 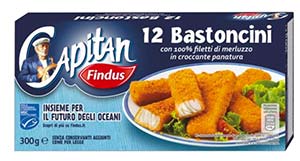 Year-to-date in 2017, Italy ranks second only to Germany in organic growth, at 9% vs. 16%. It is No. 1 in terms of profits, and overall market growth of 4% is among the fastest within Western Europe. Dominating Nomad sales in Italy is the Findus brand, which has an overall market share of 26% in value-added frozen fish and peas sectors, according to IRI figures.

Commenting on the turnaround in the UK market, which had experienced six negative organic growth quarters until Q3 2017, Descheemaeker remarked: “We’re starting to gain market share. It’s really the result of relentless execution – making sure that all the components of a category would be in good shape in terms of packaging, in terms of, obviously, trade margin, in terms of in-store execution and in terms of quality. And then we’ve been doing this one by one by one. It was very sequential and well executed. And that’s why we are doing well.”