How did the Nestlé USA Food Division revitalize its ready meals menu and get back on the road to recovery and success? President Jeff Hamilton detailed the key maneuvers made in the turnaround during the recent Consumer Analyst Group of New York (CAGNY) Conference in Boca Raton, Florida. 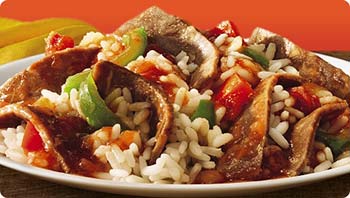 “We fundamentally changed our business to return it to growth by moving to clean labels across the entire product portfolio, targeting new territories to acquire growth, leveraging digital and social media to communicate more effectively, and taking a total market approach to communication,” he said.

When Hamilton assumed the helm in 2014, the retail frozen prepared meals category in the United States was worth $7.107 billion, having lost $852 million in value from peak performance year receipts of $7.959 billion in 2011. Nestlé’s prepared frozen foods business had been on a steady downslide during that period, as dollar volume shrank by -7.3%, compared to slippage of -2.3% for the category overall. Stouffer’s brand sales, however, remained relatively stable during this period of retreat.

The biggest challenge for the company was its Lean Cuisine line, which had been declining by double digits for several years. This was quite alarming, as Lean Cuisine entrée and dinner sales accounted for approximately 30% of Nestlé’s frozen prepared foods revenues.

“We had to make a bold pivot,” said Hamilton about the sub-brand launched back in 1981 to appeal to calorie-counting consumers hungry for low-fat products. At the time, and for decades to come, this segment of the market was in a steady growth trajectory as devout slimmers dined regularly on Lean Cuisine offerings perceived to be healthier alternatives to Stouffer’s frozen meals and other food fare.

But as time marched on, there has been a shift in what is regarded as “healthy eating” among shoppers in emerging demographic segments, which includes a significant percentage of folks under the age of 40. A revamping of both style and substance was required to appeal to the younger generation.

“We knew this [Lean Cuisine] was no longer relevant to many consumers and the way they were eating today,” said Hamilton. “We had to change our platform on that brand, based on one for modern, healthy eating.”

In addition to redesigning the look of front-facing packs seen in store freezer cases from that of a “sea of white boxes” to a projection of more colorful and appetizing food images, a major culinary change ordered to revitalize the menu. 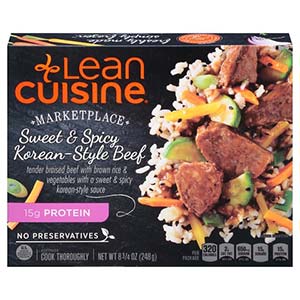 “We are happy with Lean Cuisine’s results, which have gone from double-digit declines to high single-digit growth,” reported Hamilton.

Nestlé frozen dinner and entrée sales advanced by +2.8% from December of 2015 to December of 2016. This was a period that saw overall category growth slip by -0.2%, according to Nielsen statistics. 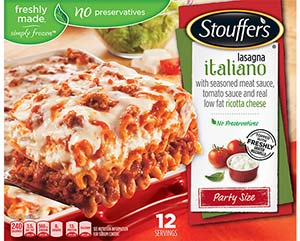 While the extensive Stouffer’s red box assortment – which runs the gamut from family size Grandma’s Chicken and & Rice Bake to Macaroni & Cheese, Fit Kitchen Sweet & Smoky BBQ, and Garlic Shrimp, to over 100 other dishes – is more robust than ever, its recipes have been reformulated with simplicity in mind.

“We have moved very clearly to clean label,” explained Hamilton. “For example: Lasagna ingredients text has been reduced from 83 words to 35 words on pack.”

Most simple, high quality ingredients in Stouffer’s family-style meals today are very similar to the straightforward components used to make like dishes from scratch in one’s home kitchen. 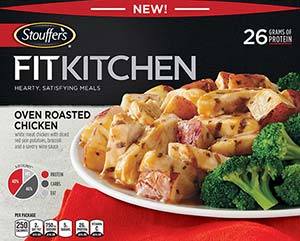 Meanwhile, the company has reached out to active lifestyle consumers by leveraging brand equity through its Fit Kitchen line of meals containing 25 or more grams of protein. It especially targets men, who in the USA eat an estimated 13 billion dinners at home along each year. Launched in mid-2015, the range is ringing up sales just shy of $50 million per annum.

Trends are decidedly on the upside for the large and profitable $17.4 billion retail frozen food category in the USA, according to Hamilton. He noted that a number of high-growth opportunities, including natural and organic product segments, are “yet to be fully penetrated.”

For the record, frozen food (9%), ice cream (7%) and frozen pizza (5%) represented more than one-fifth of Nestlé’s $27 billion in sales rung up last year in the United States. It ranks as the company’s largest market, accounting for 30% of global sales.

Looking ahead, Nestlé USA’s frozen food team, which includes the Buitoni brand in the ready meals division, aims to sustain its upward momentum by keeping a close eye on consumers and staying one step ahead of where shoppers are going. 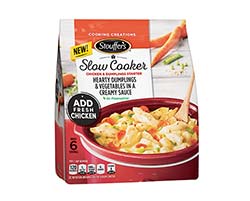 “Our core business will evolve in line with consumer trends as we increase participation in high growth segments and channels, and drive cost efficiencies to improve ROIC (return on invested capital,” Hamilton told analysts at the CAGNY Conference.

The latest evidence of this evolution will be seen later this year as the company gears up rollouts of new products. Among appetizing fare already on the front burner are Italian Countryside Herb Seasoning Wraps, Teriyaki & Sesame and Roasted Garlic & Pesto Sauce Duos, and Slow Cooker Beef Pot Roast Starters. 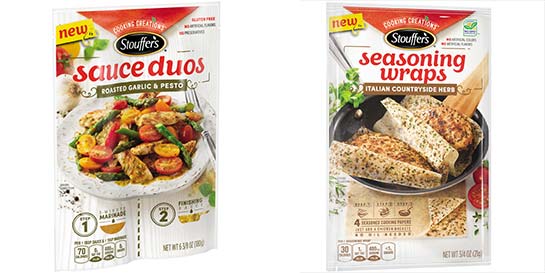