Pizzaburgers, Just what the Doctor Ordered, Dr. Oetker, that is!

A survey commissioned by Germany’s Dr. Oetker shows that people have a distinct preference for eating their pizza by hand: 60% of the men and 65% of the women do it that way. It’s even more marked in the 15-to-39 age group: 74% of the men and 75% of the women like it by hand. In response to this discovery Oetker has a new frozen product, the Pizzaburger, for which you don’t even need a plate.

The survey, conducted by the Forsa-Institut, also shows that men are twice as fond of pizza than women; 8% of men eat frozen pizza at least once a week, while only 4% of women do. The study, of 1,500 Germans over the age of 14, also found that there is a big difference in the generations. Fully 74% of  respondents over 70 had never had frozen pizza, while 40% of the 15-to-39ers had it at least once a month. Many more households with children (69%) use frozen pizza than households without them (47%), and every other man (46%) eats frozen pizza alone while only every third woman (32%) does.

The Pizzaburgers, on hamburger buns, are prepared in the oven, and come in three varieties: Salami, with pepperoni salami, tomatoes and cheese; Speciale, with salami, ham, mushrooms and cheese, and the spicy Diavolo, with pepperoni, calabrese salami, onions and cheese. 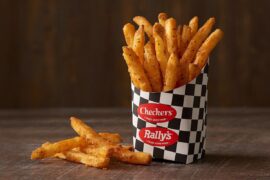 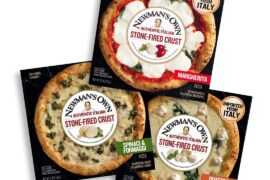 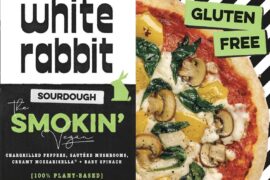