With Brexit looming large over the United Kingdom, many food importers have been stockpiling inventory for some time now. Although this may provide temporary relief from any supply issues that could arise if Britain leaves the European Union with no deal or agreements in place regarding post-Brexit relationships with the EU, there isn’t infinite storage space and the predictions surrounding the impact of stockpiling aren’t positive.

“There is no available space,” stated Peter Ward of the United Kingdom Warehousing Association (UKWA) when he spoke to BBC Newsnight earlier this month. “The market, as represented by our members, is full. The biggest concern at the moment is that the October deadline comes right bang in the middle of peak season.”

The timing could not be any worse, he believes, as warehouses are already gearing up for black Friday and Christmas retailing, and there is a limit to the volume of stock that UK cold storage providers can accommodate.

According to estimates from the Savills real estate service company, approximately 7.5 million square feet of warehouse space are currently under construction, but this is equivalent to only 1.4% of the total capacity of around 514 million square feet.

“You can’t just turn on supply,” pointed out Ward. “Putting real estate in the system takes five to seven years.”

Aside from the fact that construction of new refrigerated warehouses is not a feasible option within the time frame, it is unlikely that providers would go down that road because the space is highly likely to become redundant in the weeks and months following Brexit.

CEO Colin Taylor of UK cold storage operator Rick Bestwick Ltd, believes that there is a strong possibility that shortages of certain products are inevitable. Pointing out that throughout the year refrigerated warehouses generally function at around 90%+ capacity, and while this figure increases to and occasionally exceeds 100% from October to December as a result of the build-up of Christmas stock, he noted that the space is typically reserved months or years in advance. This means that it would be impossible to stockpile to the extent that the government and consumers would expect in the event of a No-Deal Brexit later in the year.

“Every effort is being made to optimize the space that is available, and we are working with our customers to more accurately predict space requirements in order to accommodate as much additional Brexit stock as possible,” said Taylor. “We will always prioritize the needs of our customers and aid in any way we can to guarantee the smooth operation of their supply chain.”

As an industry that relies on high and reliable levels of energy supplies, refrigerated warehouse operators are increasingly looking for and implementing ways to reduce their use of electricity. Of course, all businesses in Britain are expected to run as sustainably as possible, but with energy accounting for a large proportion of cold storage costs and frozen food production budgets there are huge financial incentives for suppliers and manufacturers to innovate.

The cold storage industry is innovating in a number of ways to address this issue, with many warehouses, including Rick Bestwick, turning to renewable energy solutions. The fact that warehouses have a significant amount of roof space means that there is a huge opportunity to generate on-site solar power by means of a photovoltaic panel system.

“Other very effective automated tools we’ve installed throughout our facilities are automated fast sealing doors,” said Taylor. “Imagine opening the door to your freezer and the energy that is wasted when all the chilled air escapes. Now imagine that the door is large enough for a lorry to drive through and it becomes obvious that the faster it shuts the better.”

The employment of smart lighting is another way that Rick Bestwick has reduced its energy consumption. The use of motion sensitive on/off lighting arrays mean that only areas in use are illuminated, thus creating significant power savings over time.

“Heat mapping is also important for us,” added Taylor. “With the use of thermal imaging cameras and drones we can pinpoint areas of concern. If something as simple as a rubber seal on a door deteriorates large sums of energy can be lost and product quality can suffer, so our engineering director maintains rigorous inspection and maintenance protocols to reduce and eliminate this issue.”

There appears to be three major trends in the cold storage sector at present, with the first being a reduction in the number of small to mid-size players on the scene. Governmental legislation and challenging market conditions have driven a number of companies out of business, and the extremely high barrier to entry has reduced the quantity of independent operators across Europe.

“Several large brands have been rapidly expanding into the EU and the UK in particular, buying many of the smaller independent cold stores and groups,” said Taylor. “This will accelerate in the next few years and the large networks created by consolidating businesses will change the face of the industry. There will be higher quality service, bigger logistics networks, greater investment leverage for new technology and less competition overall.”

With technology advancing at a rapid rate there has been a huge boom with automation and artificial intelligence tipped to feature more in the cold storage sector as it becomes more sophisticated and affordable for operators.

“This will have several effects,” said Taylor. “Primarily it will help solve the current labor shortages the sector is experiencing, and it will deliver greater efficiency and price stability. However, cost savings for customers will only be deliverable with a change of operating structure. Yearly tenders will no longer be effective at securing cost savings over the long run, so five- and ten-year contracts will become increasingly common.”

Although the cold storage industry in the UK is facing several major issues at the moment, the most pressing is clearly the rapidly advancing Brexit and the problems associated with leaving the EU without a deal in place. Labor shortages are also a concern for an industry that relies on manpower, but with technological advancements this will not always be the case. Above all else, the cold storage sector needs to continue innovating to avoid being outpaced by competitors. As such, it would seem that automation and AI will be the way forward for some time to come. – Reported by Sarah Welsh 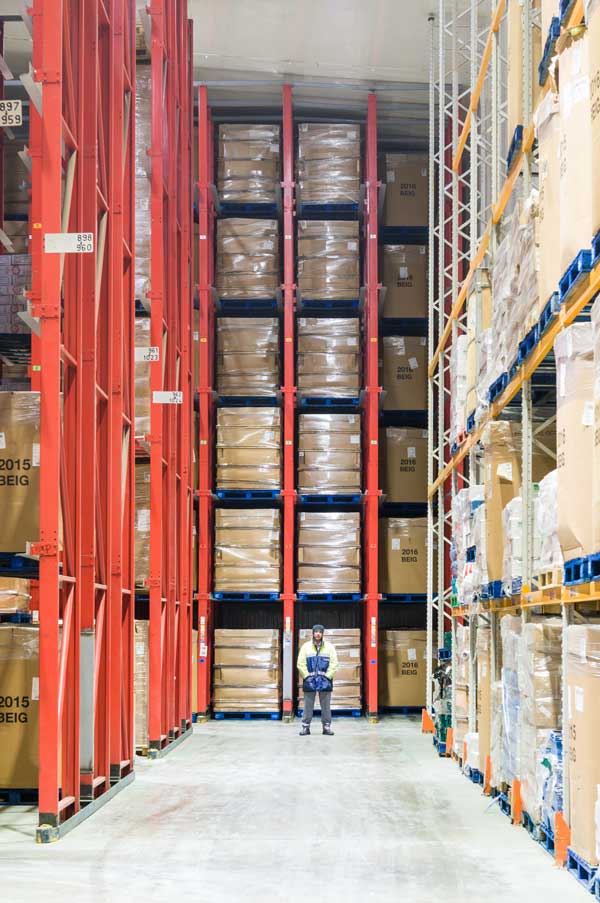