At least one of three shrimp export companies from Ecuador has been given the green light to resume shipments to China. Trade was halted in July after the PRC’s Bureau of Import and Export Food Safety allegedly identifying traces of novel coronavirus (SARS-CoV-2) on the walls of refrigerated containers and outer packaging of frozen shipments from the South American country. However, test results on inner packaging proved negative.

Following inspections carried out by the General Administration of Customs of China (GACC) in recent days, the PRC has informed Ecuador’s Ministry of Production, Foreign Trade, Investment and Fisheries about the lifting of the suspension of exports by Industrial Pesquera Santa Priscila. This is a result of its confirmation that the company meets all the quality standards required by the Chinese government and may resume shrimp sales in the PRC.

The news was issued through a statement that indicates that Industrial Pesquera Santa Priscila has completely applied the “Covid-19 and food safety guidance for food businesses” published by the FAO and the WHO.

José Antonio Camposano, executive president of Ecuador’s National Chamber of Aquaculture, said that the industry welcomes this development since it verifies that high biosafety standards are met, which again confirms that Ecuadorian shrimp is a healthy and safe product to consume.

Industrial Pesquera Santa Priscila has been producing and exporting frozen shrimp since 1976, and for more than 40 years has ranked among Ecuador’s leading exporters of seafood products. 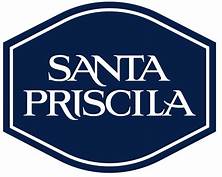 China accounted for approximately 55% of Ecuador’s $4 billion in shrimp sales abroad during 2019. As such the suspension last month, which included product from Empacreci S.A. and Empacadora Del Pacifico Sociedad Anonima Edpacif S.A., rocked the industry. Shipments to China in May weighed in at 116 million pounds in May, before dropping to 59 million pounds in June.

It is now hoped that business will resume as normal, or at least as normal as can be in today’s commercial environment where consumption in the foodservice sector has been depressed around the world due to fear of coronavirus contagion and government-imposed restrictions on restaurant operations.

Since this story was originally filed, the PRC has allowed Empacreci S.A. and Empacadora Del Pacifico Sociedad Anonima Edpacif S.A. to resume exports to China. Additionally, Ecuador has signed a sanitary protocol with the PRC.