Columbus, Ohio-headquartered White Castle, founded in 1921 and regarded as the first fast food hamburger chain in the United States, recently reached some major milestones in its retail division, further strengthening its position as a leader in the consumer packaged foods sector as well as in the restaurant industry.

The retail division of the family-owned business sold its 6 billionth retail Slider at the end of 2021 and achieved record sales last year. In fact, 20% of its total historic sales have come in the past three years alone. The division is poised for continued growth as it celebrates its 35th anniversary and expands manufacturing capacity in 2022.

“Retail sales have grown steadily since we launched the division in 1987, but they have really taken off in the past decade and even more so the past few years,” said Tiffany Carreker, general manager and vice president of sales for White Castle’s retail division. “Our customers love Sliders, whether they’re made at a restaurant or purchased from the freezer section at their local store.”

To keep up with the growing demand for its frozen Sliders, White Castle broke ground last summer on a major expansion of its retail food manufacturing plant in Vandalia, Ohio, near Dayton. The company is investing $27 million in the project, which should be complete by June. The expansion doubles the size of the factory from approximately 75,000 square feet to 150,000 square feet.

During the groundbreaking ceremony, White Castle officials named the plant “The House That Bill Built” in honor of former president and CEO Bill Ingram, a third-generation family member who served as president from 1980 to 2015 and was responsible for creating and expanding the retail division.

Upon launching the retail division in 1987, White Castle became the first fast food restaurant to offer its menu items for purchase at grocery stores for preparation at home. Today, “The House That Bill Built” supplies packaged Sliders to retailers in all 50 US states.

“We decided at the outset that an investment in the retail supply chain is the best way to ensure quality and taste for customers,” said Dave Rife, chief manufacturing officer and fourth generation family member. “The additional manufacturing capacity coming online this year will allow us to bring even more Sliders to our customers nationwide.” 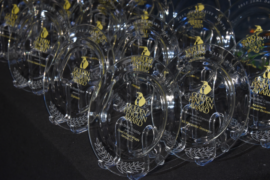